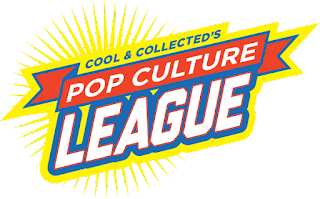 It’s the season to be thankful.

Firstly,lets get the obvious out of the way.Of course I'm thankful for my fam and the kids and all that other mushy good stuff.But I'm going to keep this pop culture related.What am I most thankful for as far as childhood brainwashing agents go?Hint- It's a cartoon character. Hint 2 - He is the reason I began collecting action figures again. Hint 3 - Look at the picture below. 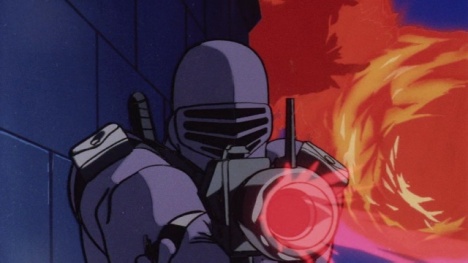 What made me want to start collecting action figures as an adult you ask?Easy.Snake Eyes.And even though I had picked up a few vintage Joes before him,Snake Eyes  was always the one I wanted.So there I was ,an adult about to make my childhood dream of obtaining a Snake Eyes figure finally come true!Snake Eyes w/ Timber V.2,released In 1985 would be the first of It's kind to make It onto my, then scant, vintage action figure display. And there would be more after.... 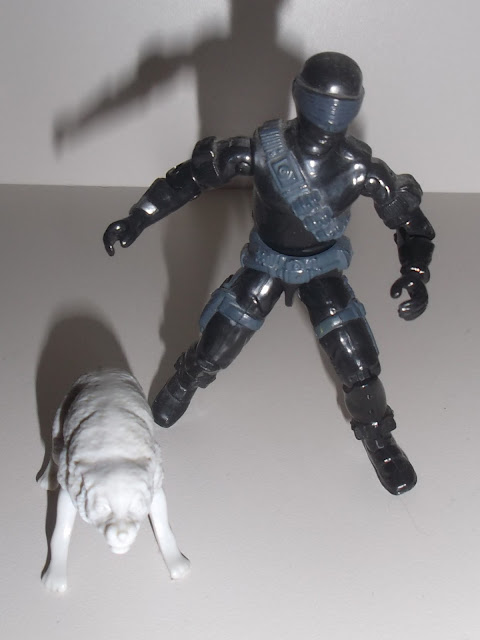 Once I  had my fair share of G.I. Joe vintage goodness,It was time to make the jump over to the contemporary stuff. Marvel Universe was out at the the time and so was the 25th Anniversary Joe stuff but I wasn't feeling them.They were everywhere and on clearance ,too,which made me second guess their quality.I thought,there had to be something wrong with these figures for them to be selling for less than 3 bucks a piece at a Marshalls clothing store.I stupidly passed on them ,and waited to see If there were going to be any Snake Eyes figures released for the line.It turns out there was,but I had missed the boat ,so I would have to wait for the new line of Joes to hit the shelves If I wanted to get my hands on any modern ,plastic incarnations of Snake Eyes.Luckily ,an incredibly sucky film was on the horizon,and with It a slew of new G.I. Joe action figures.Rise of Cobra Joes were everywhere but I wasn't really feeling those either.Especially the movie version of  Snake Eyes with the over sized head and creepy mouth sculpted onto the head sculpt. Plus,he didn't come with Timber.Then ,In 2010 ,Pursuit of Cobra happened.The Pursuit of Cobra line of Joe figures has gained a bit of a cult following.It set a precedent for contemporary action figures with It's amazing figure sculpts and designs.Not to mention the sheer amount of  accessories each figure came with.Then there was Desert Battle  Snake Eyes!This would be my  first contemporary Snake Eyes figure.A mainstay In my action figure  collection. 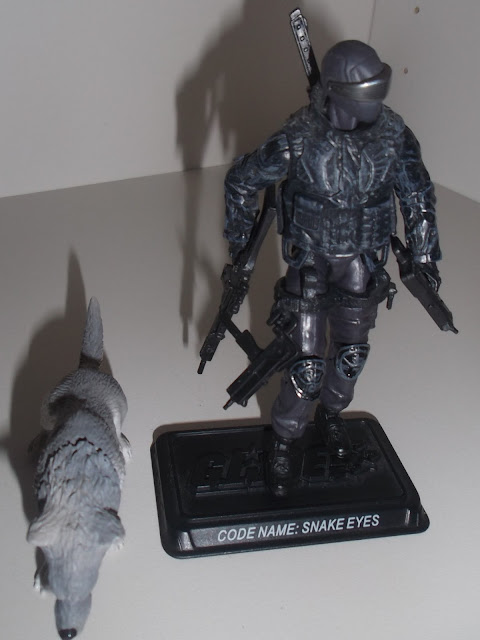 Hasbro decided to keep the ball rolling with their Pursuit of Cobra line by releasing a few more  waves  of awesomely detailed and accessorized figures.Wave 3 gave birth to what might be the best contemporary Snake Eyes action  figure ever.Even though this versions card back also has him listed as Dessert Battle Snake Eyes ,most collectors refer to this Snake Eyes as Commando or Ninja Commando Snake Eyes because of the awesome commando styled  head sculpt he came with.I had traded away my original POC Snakes but was able to snag up this re-released  version for less than half of  what the original Is selling for on ebay today.Just an amazing action figure!Different quality,though.I'll get into that some other time. 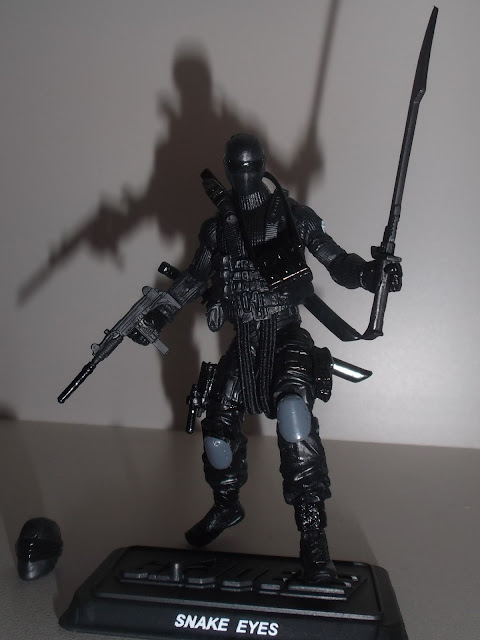 Even though this next version of Snake Eyes released before the POC line did,I didn't pick him up until after .Rise of Cobra Rescue Mission Snake Eyes!Alot of people slept on this version of Snakes mostly because It wasn't released individually.He was part of a Rescue Mission set that included Duke and a couple of  Cobra vipers.This version,Imo,Is the second best looking  contemporary Snake Eyes figure .Sleek,all black and well proportioned.Also,the way his sheath clips on to his lower back Is pretty sick.Not the first Snake Eyes figure to feature that,but the best implementation when coupled with the all black color scheme.I'm also a huge fan of the bad ass head sculpt. 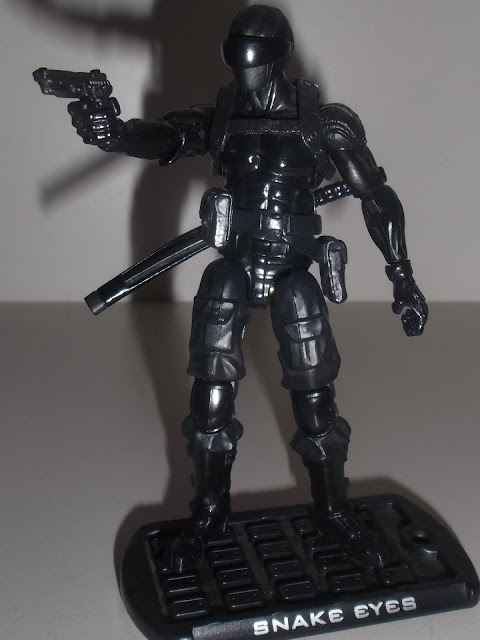 I'll end things off with 2 of my lesser favs. G.I. Joe Retaliation film based figures were out way before the actual  movie due to the delayed release date.The first Snake Eyes figure from that wave wasn't the best but I had high hopes for the second,Ninja Duel Snake Eyes.This one was movie accurate,but not a great figure.The hands are a bit big for the body and the feet too small.I love the design ,costume and head sculpt ,but overall It seems a little dis-proportioned. 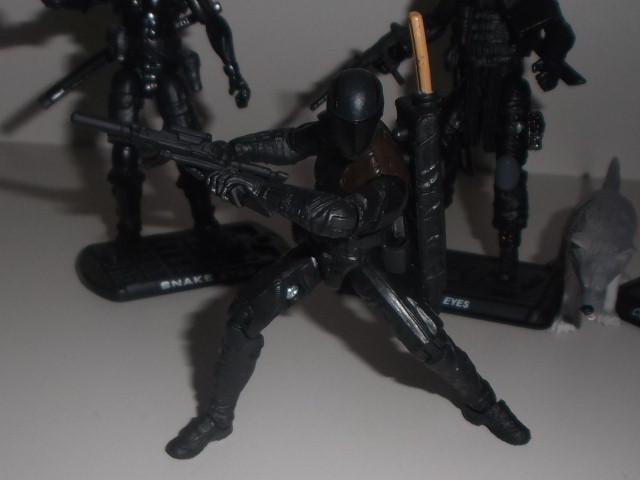 Hasbro would come through,though,releasing a wave of Retaliation figures that paid homage to the original designs of the Joes we all grew up with.I was thrilled to see them in pics online.Snake Eyes seemed to be a perfect 10 ,in the pictures.Unfortunately,Hasbro made the decision to go with the Ninja Duel head sculpt  for the classic Snake Eyes figure.WHY?!?What could have been a perfect 10 Is now a solid 6  in my book.The body sculpt with web gear are exactly like the Snake Eyes we grew up watching in the cartoons.So why not follow through and hit the homerun by giving him the right head sculpt?I'll never know.It's still one of the nicer modern Snake Eyes figures but could have been perfect. Gee ,thanks! 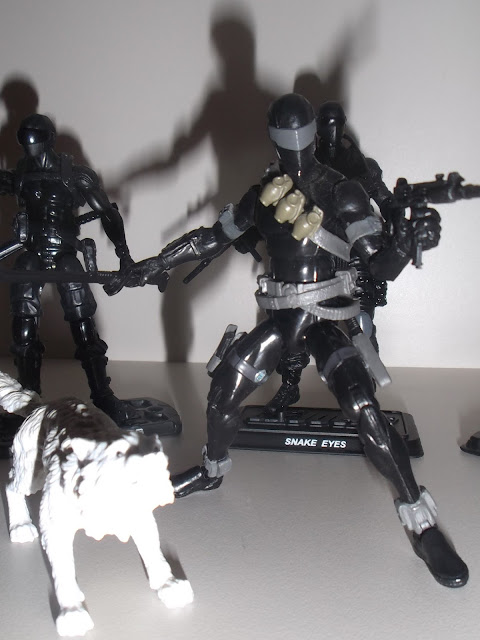