Not So Super, Super Powers Superman

Retro is all the rave right now, especially in the world of action figures. Todd McFarlane has taken notice and released his own line of retro themed DC action figures, DC Super Powers! I could do a long winded review on Supes where I harp on about how Super Powers was a line I liked as a kid, gush over the amazing card art  and blah, blah, blah but I won't. I will, however, point out the fact that the capes on these figures stink! They blow! Absolute crapola! They look and feel like cheap Dollar Tree Christmas ribbon. I don't get it. Not only that but they decided to fasten the capes to the inside of the packaging with plastic ties that leave a gaping hole. The figure is cool on it's own but, man, Batman and Superman are the two most popular DC characters. Their capes are iconic and should be treated as such. Looks like I might be hopping on eBay to find some customs. 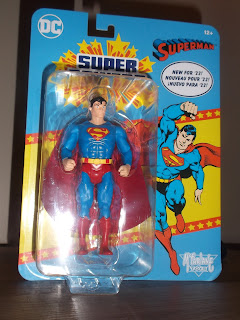 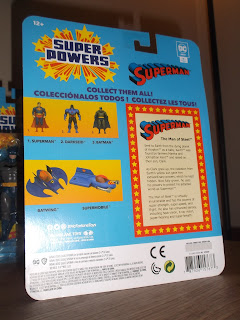 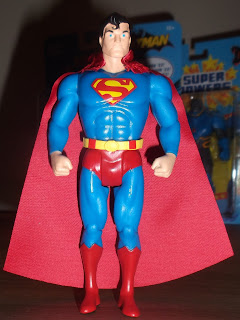 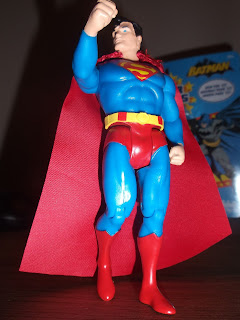 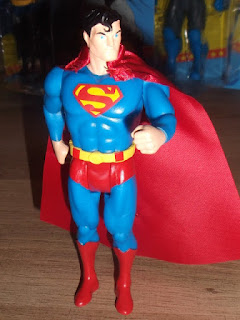 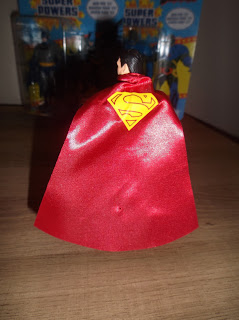 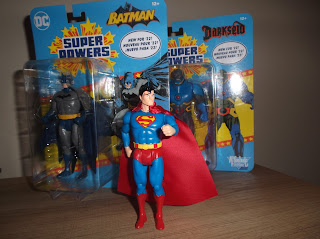 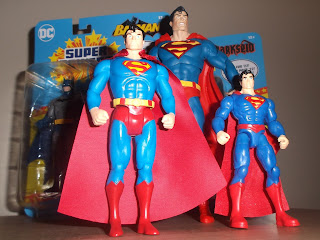 I don't have many Superman figures but of the three I currently own, Spin Master's offering is my favs! 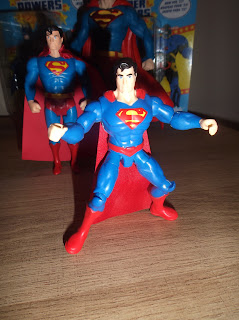