There are all kinds of toy remorse. Maybe you overpaid for an action figure that later on ended up going on clearance. Have you ever sold off something in your collection, instantly regretting it? What about that wobbly legged vintage MOTU figure you attempted to fix and ended up completely ruining in the process. I'm currently battling a bout of toy remorse and it involves the opening of my Marvel Legends retro 3.75" figures. My attempt to have the best of both worlds backfired! 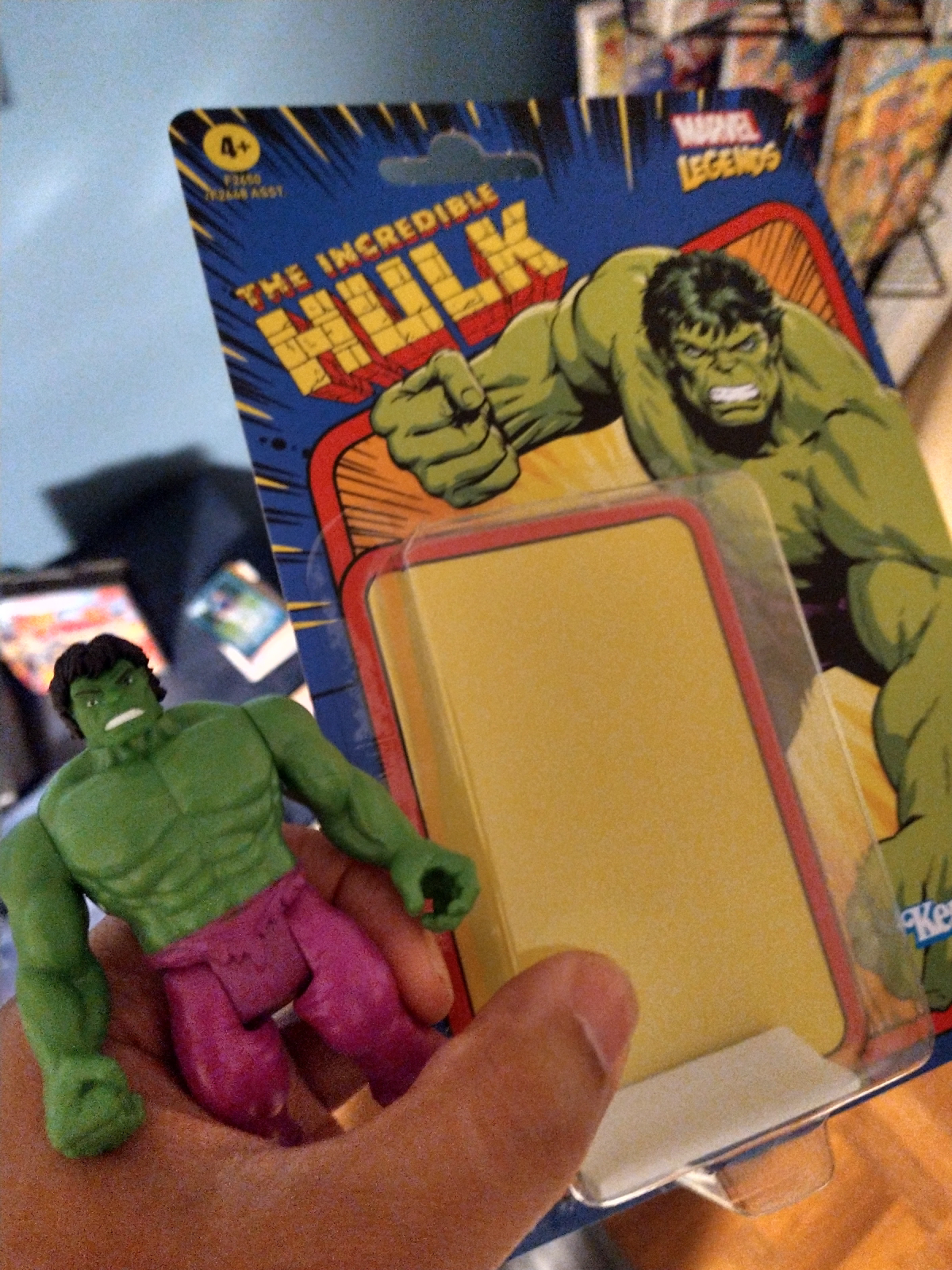 The plan was to remove the figures in a way where I'd be able to keep the bubble intact for redisplaying. Everything went right but I instantly regretted it afterwards. The figures just didn't seem as great to me out of the packaging as they did on card. And now there's a gaping hole at the the top of the bubble that, unless you make a perfect cut, is going to look rather odd lol! It's something I can live with but wish I hadn't done in the first place. On the bright side, I can take pics of the figures now and enjoy them out of the packaging.

Many have compared these figures to the vintage Mattel Secret Wars line and in some capacity I agree but the two are also uniquely distinguishable.

First the obvious. Secret Wars figures tower over Marvel Legends Retro figs and imo have a cooler looking action posed sculpt. The Legends figures have a stiff, up and down look to them. 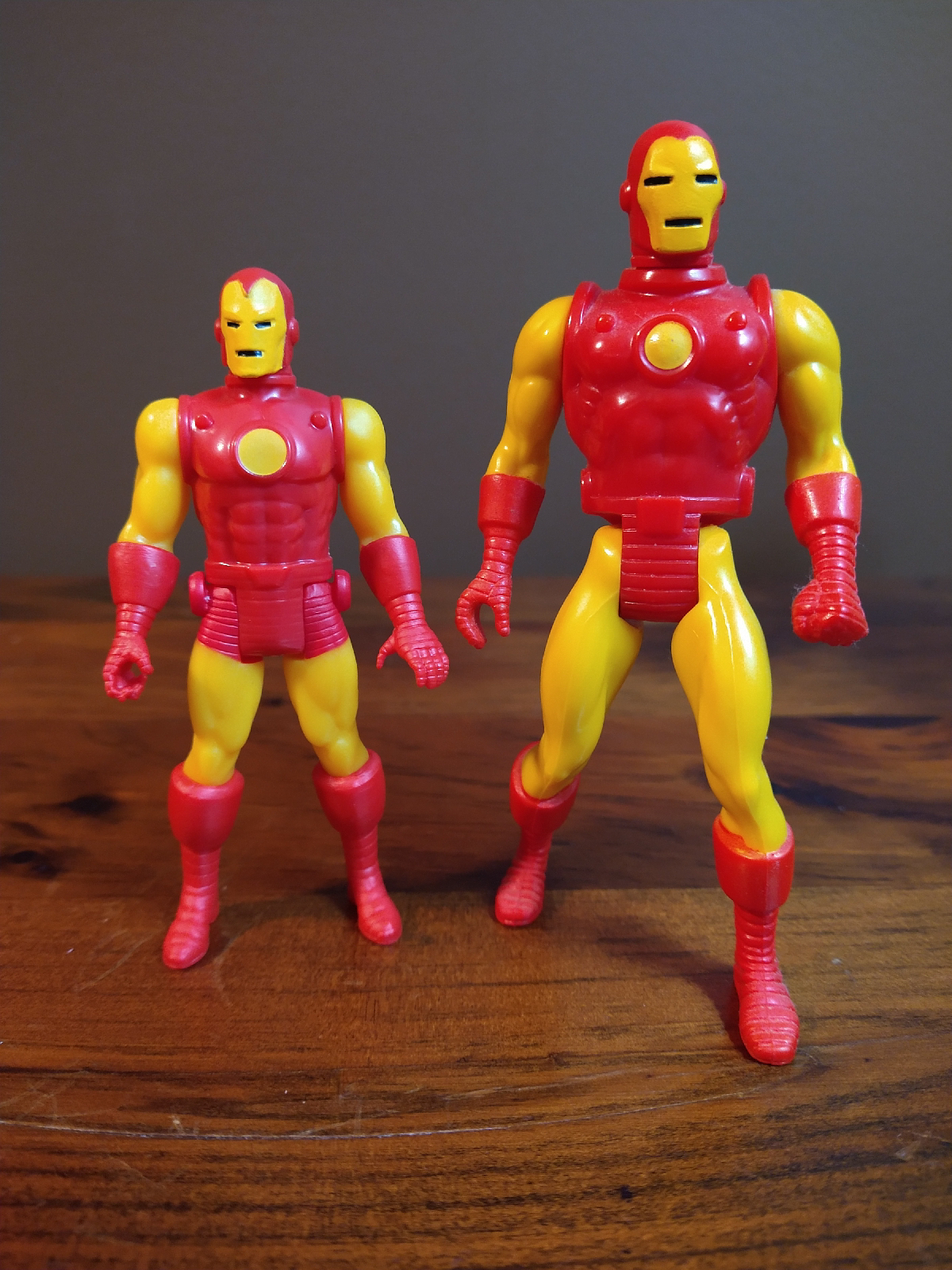 The one big similarity lies in the colors Hasbro used and how they are almost identical to the Secret Wars figures ( except for the Spidey figure that seems to be a little darker than Mattel's Spidey) . 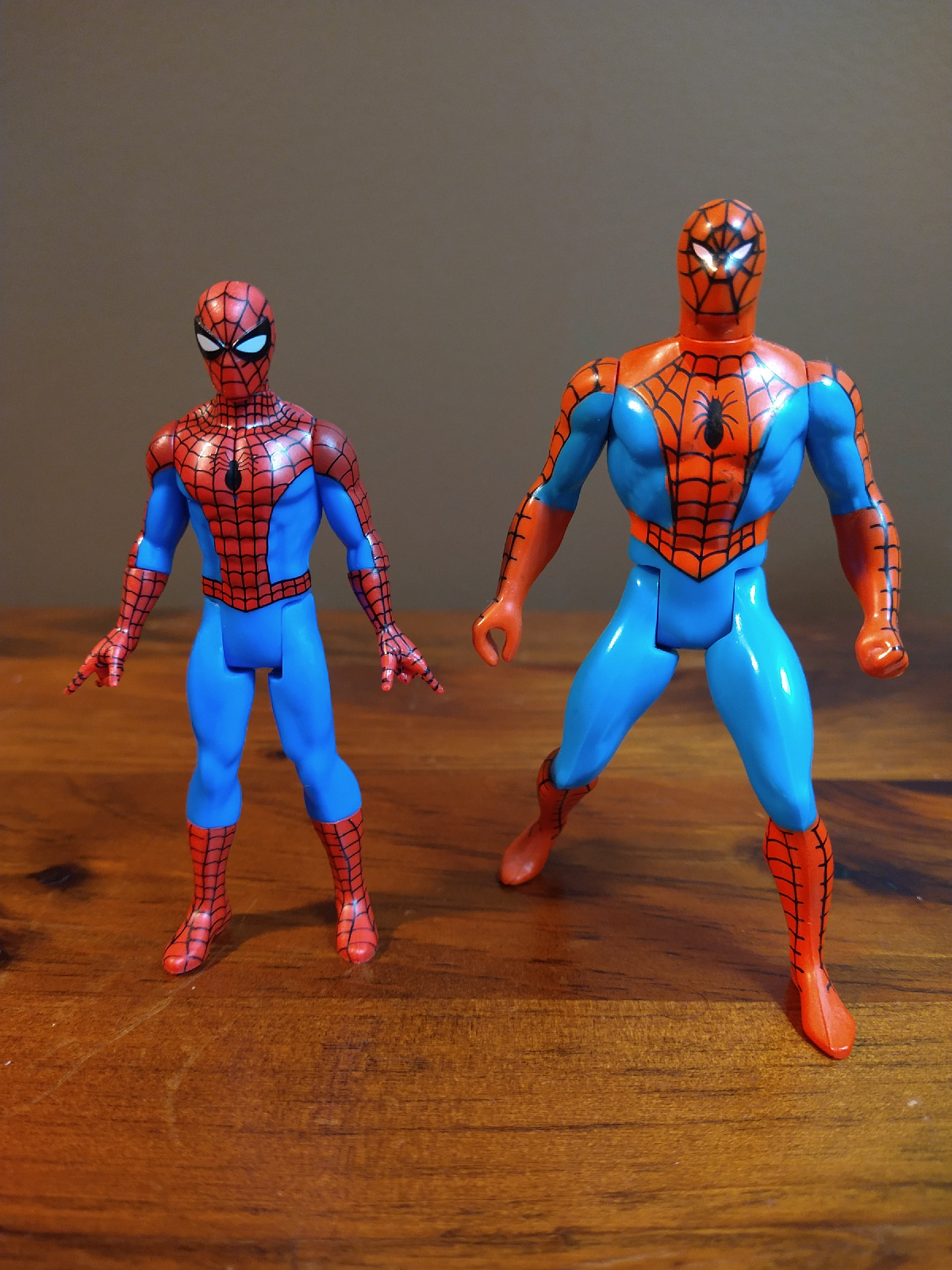 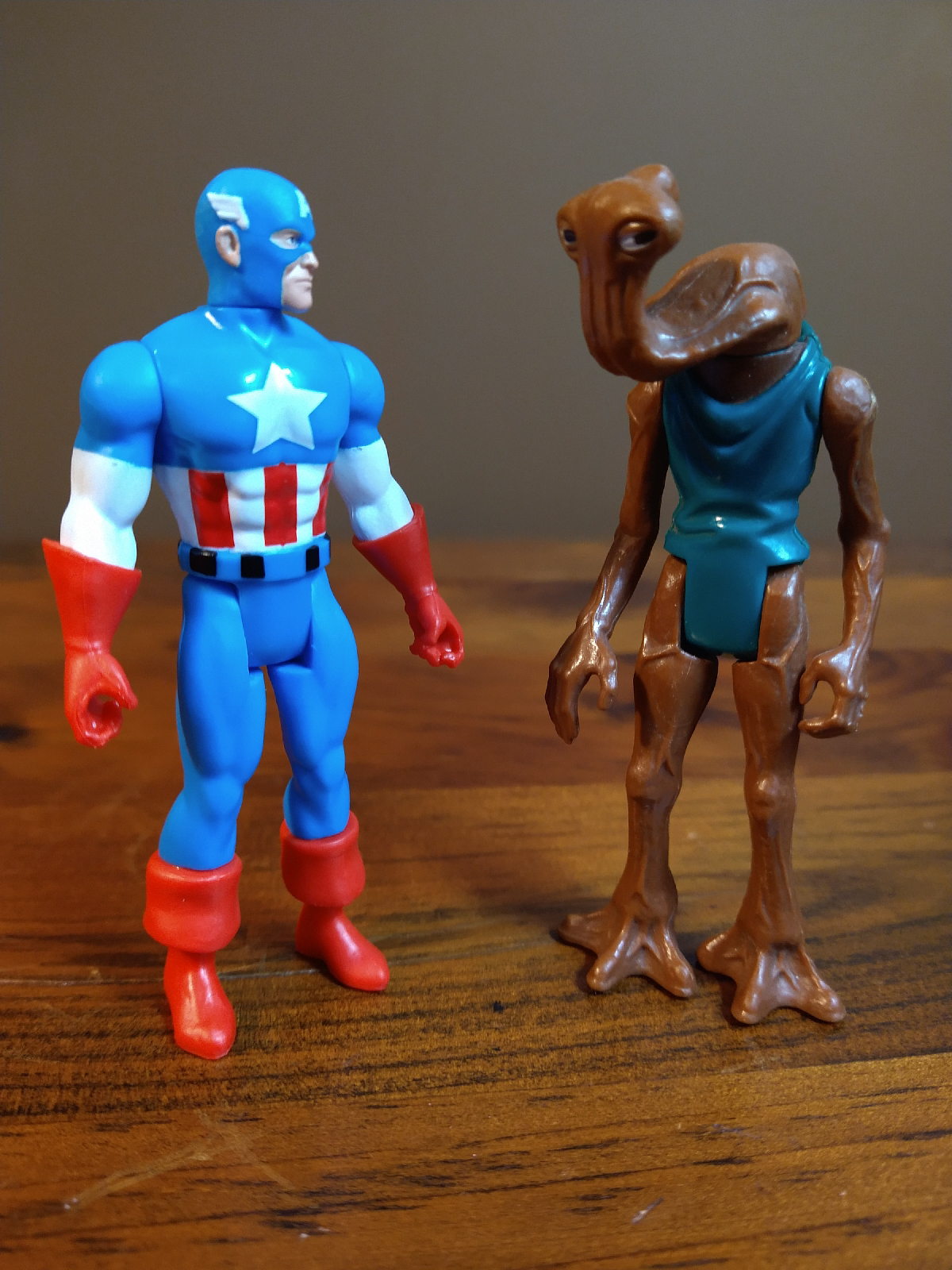 Another big bummer was  Captain America's gummy shield. WTF? This has to be the first Captain America action figure ever to come with a rubber shield. Not cool 😖 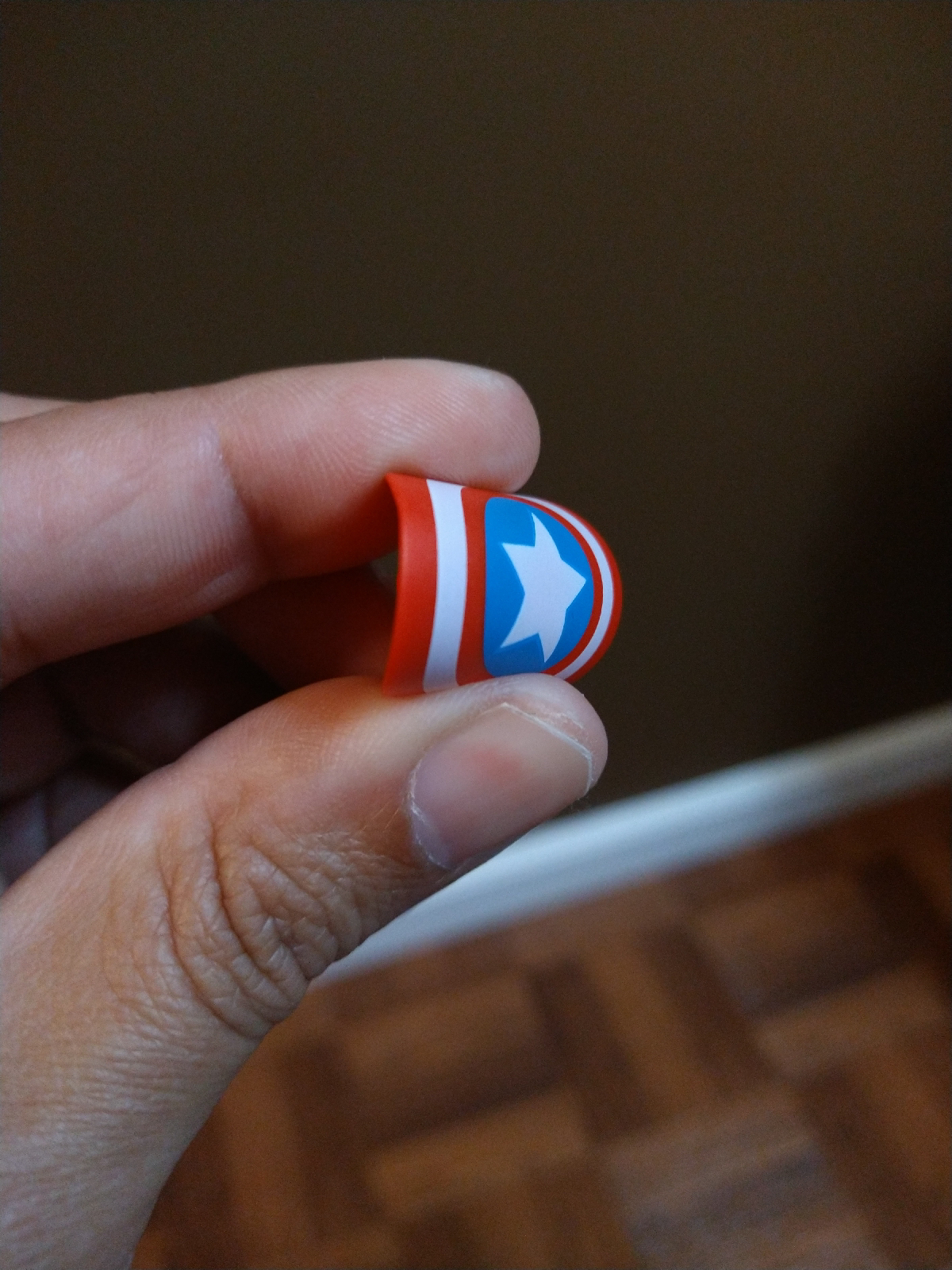 I don't hate these figures. But I couldn't help but feel a little underwhelmed while holding them in my hand and posing them. I love all of the different characters they have been releasing but ultimately, it's the cardbacks  that make this line what it is. Once separated from the amazing card art, these figures lose their magic. At least imo. What do you guys think? When and what  was your latest toy remorse?