I haven't seen Snake Eyes GI Joe Origins yet but from what I've heard it's not that good. I have, however, recently viewed a few scenes on Fandango Movie Clips and it didn't seem so bad. For a martial arts film, anyway. I wasn't crazy about the revamping of the Snake Eyes character but was willing to give Henry Golding a chance as long as they didn't change the backstory too much, and then they did. I guess I can't fairly criticize until I actually see the movie. On the positive, we got more Snake Eyes action figures. 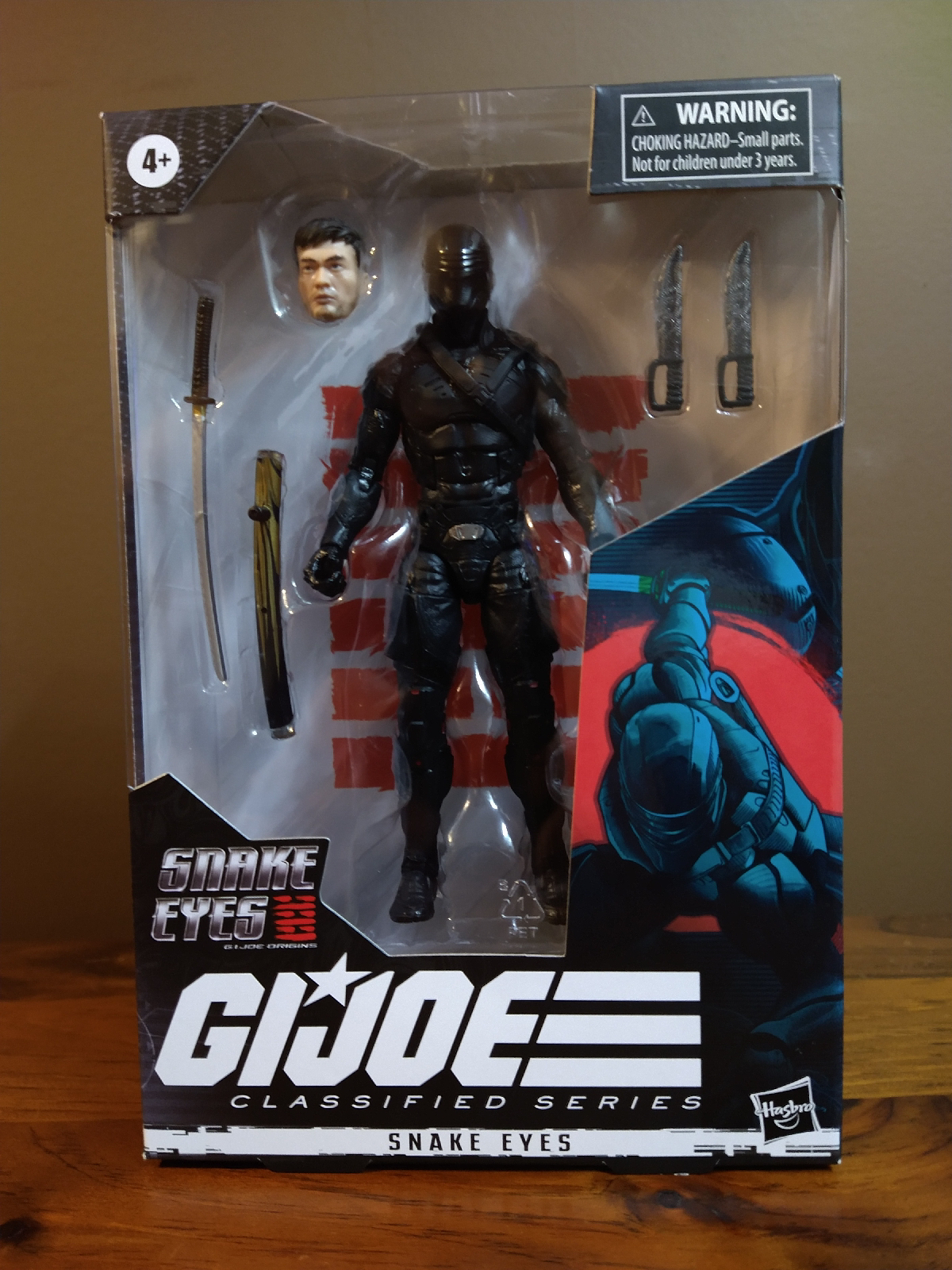 Seeing as how I purchased this together with the Lanard Predator figure, I have to say that I had more fun with Lanard's product. Maybe it was the brightness and overall presentation of Lanard's Predator packaging that appealed more to me than the lesser stimulating Snake Eyes box. The drab color scheme is fitting for Snake Eyes I guess. 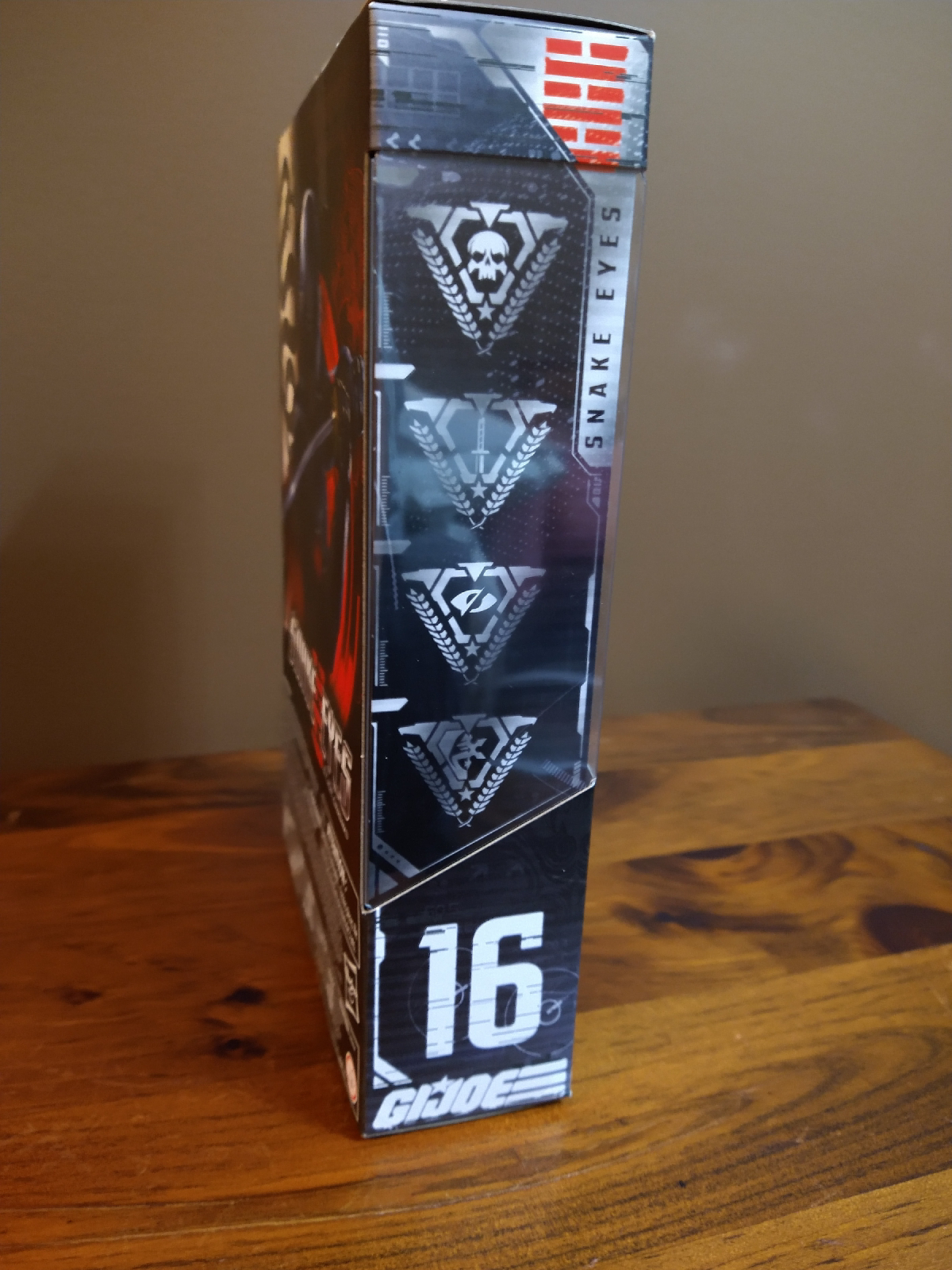 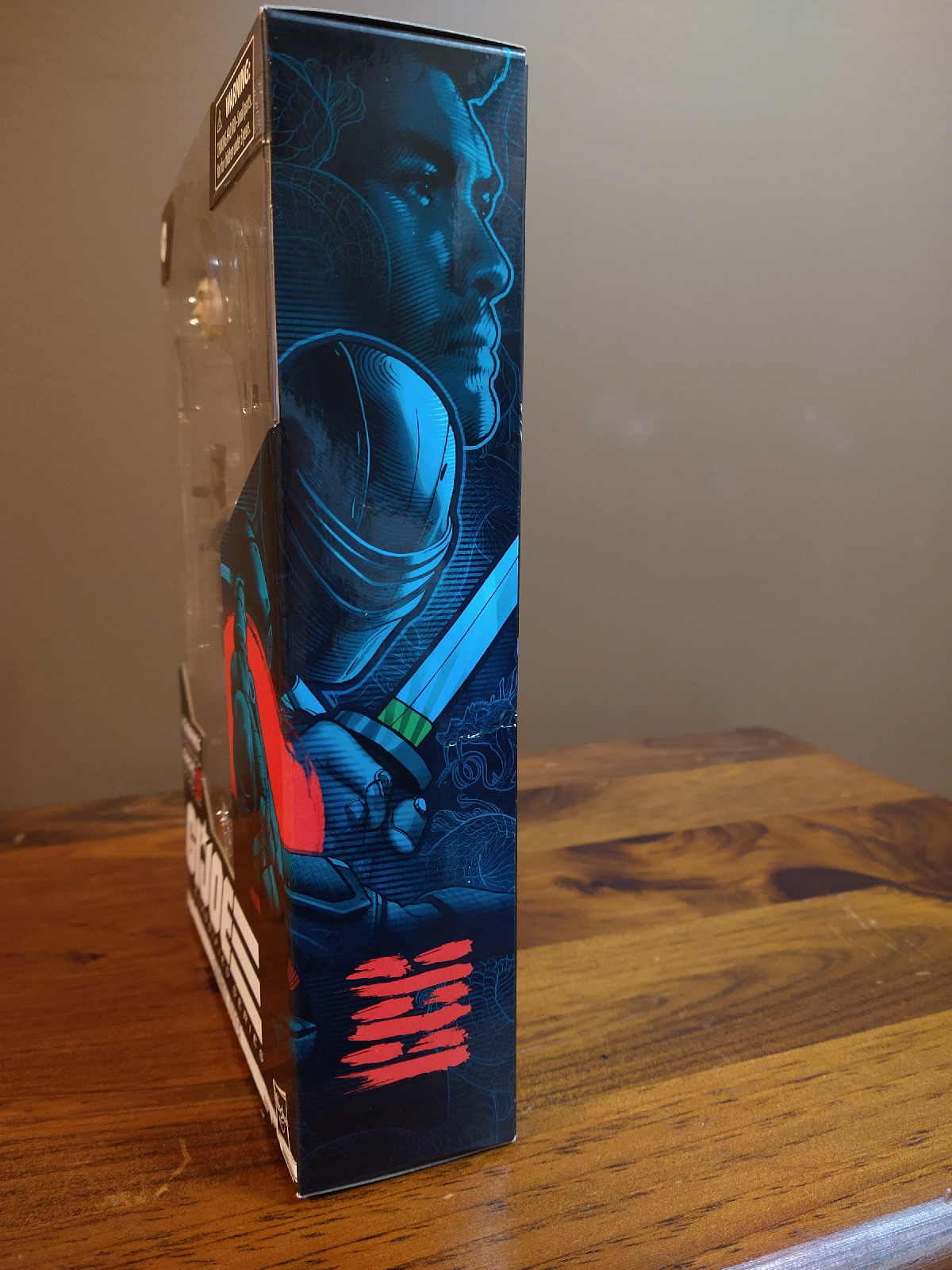 Again, no bio or backstory on the back of the box. Not even a blurb discussing the film. 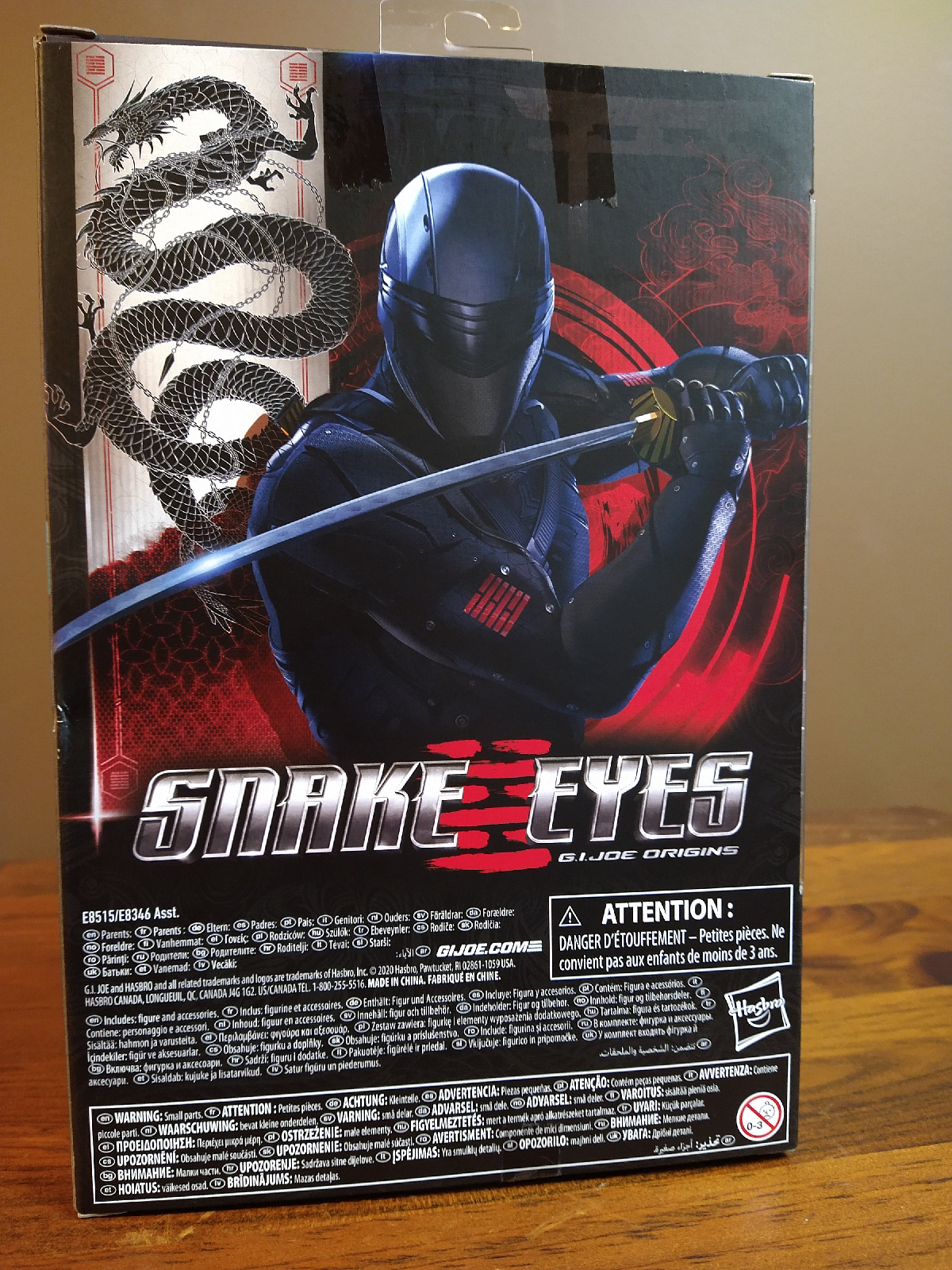 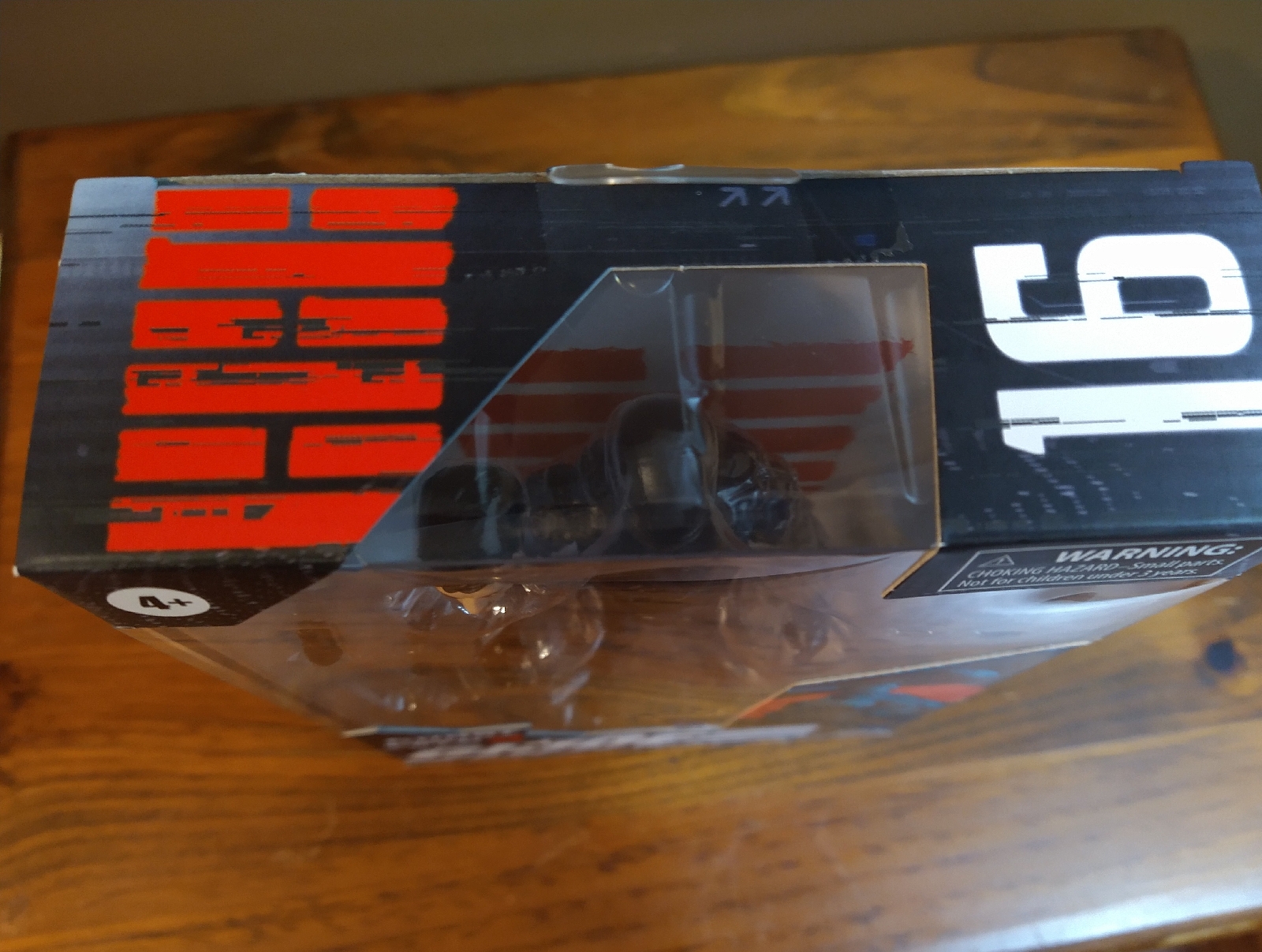 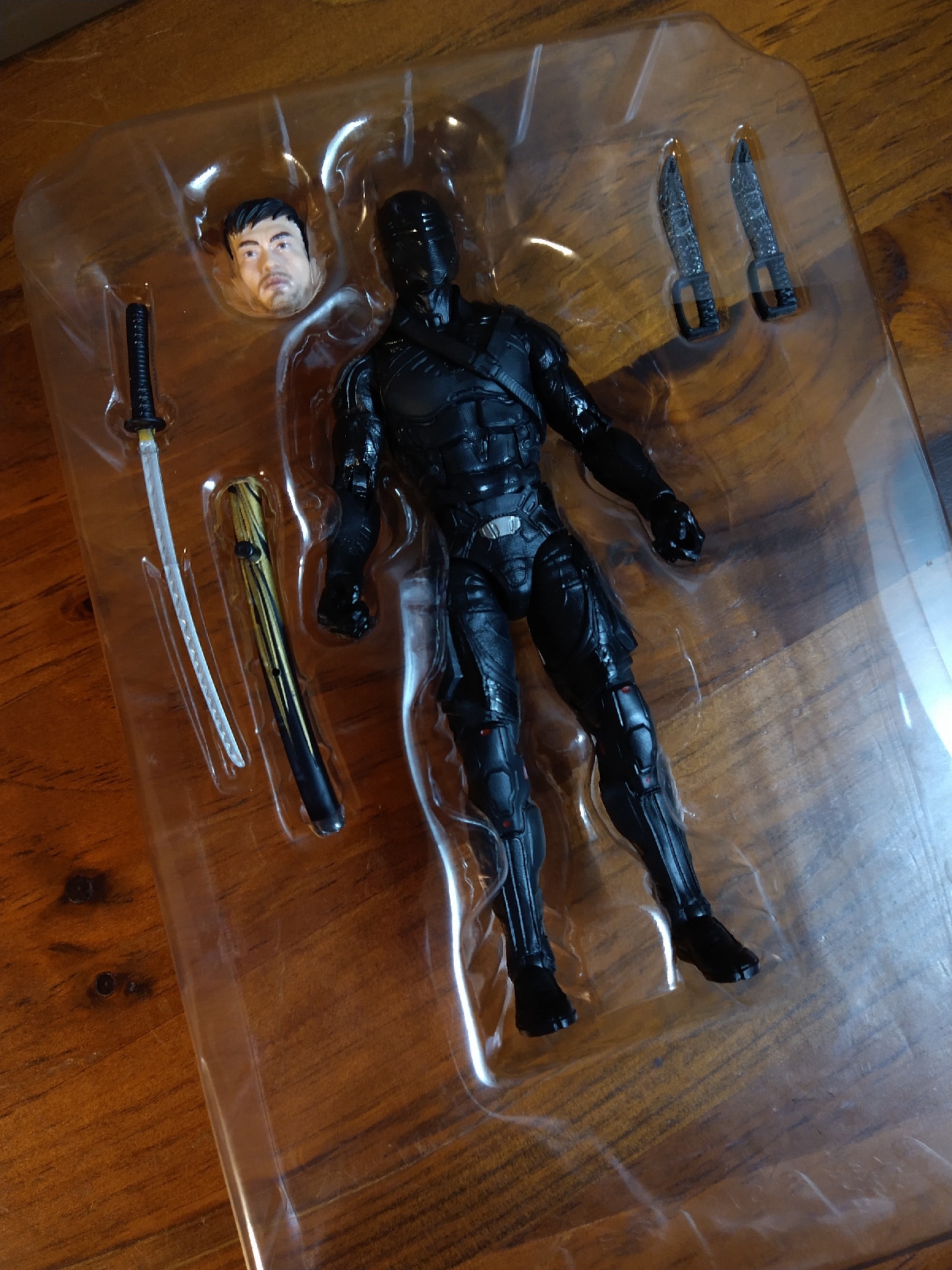 The one thing that stands out about this particular Snake Eyes figure is the head sculpt. It's kind of big. Everything else looks nice. I love the two daggers but there's no place to put them. 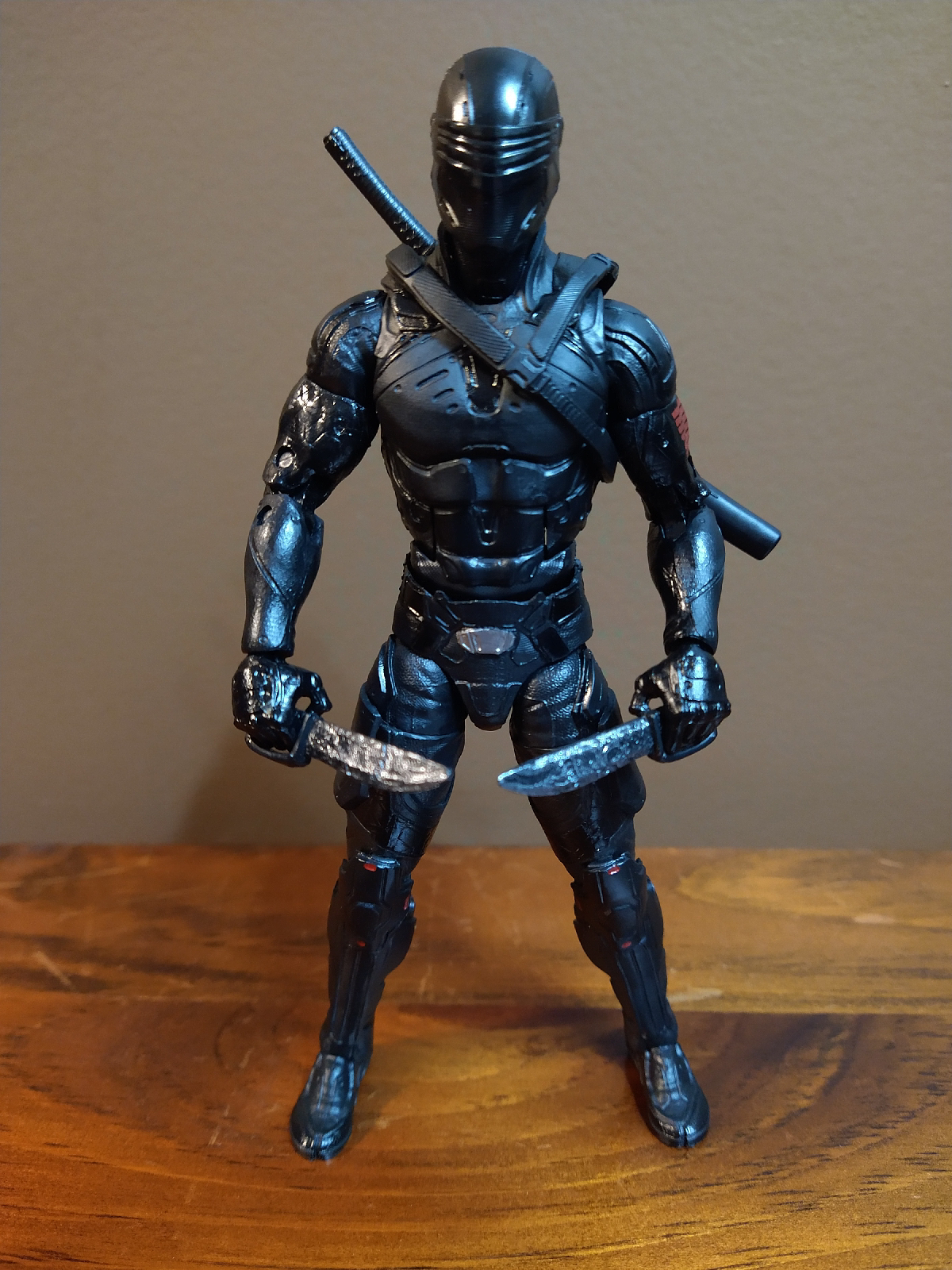 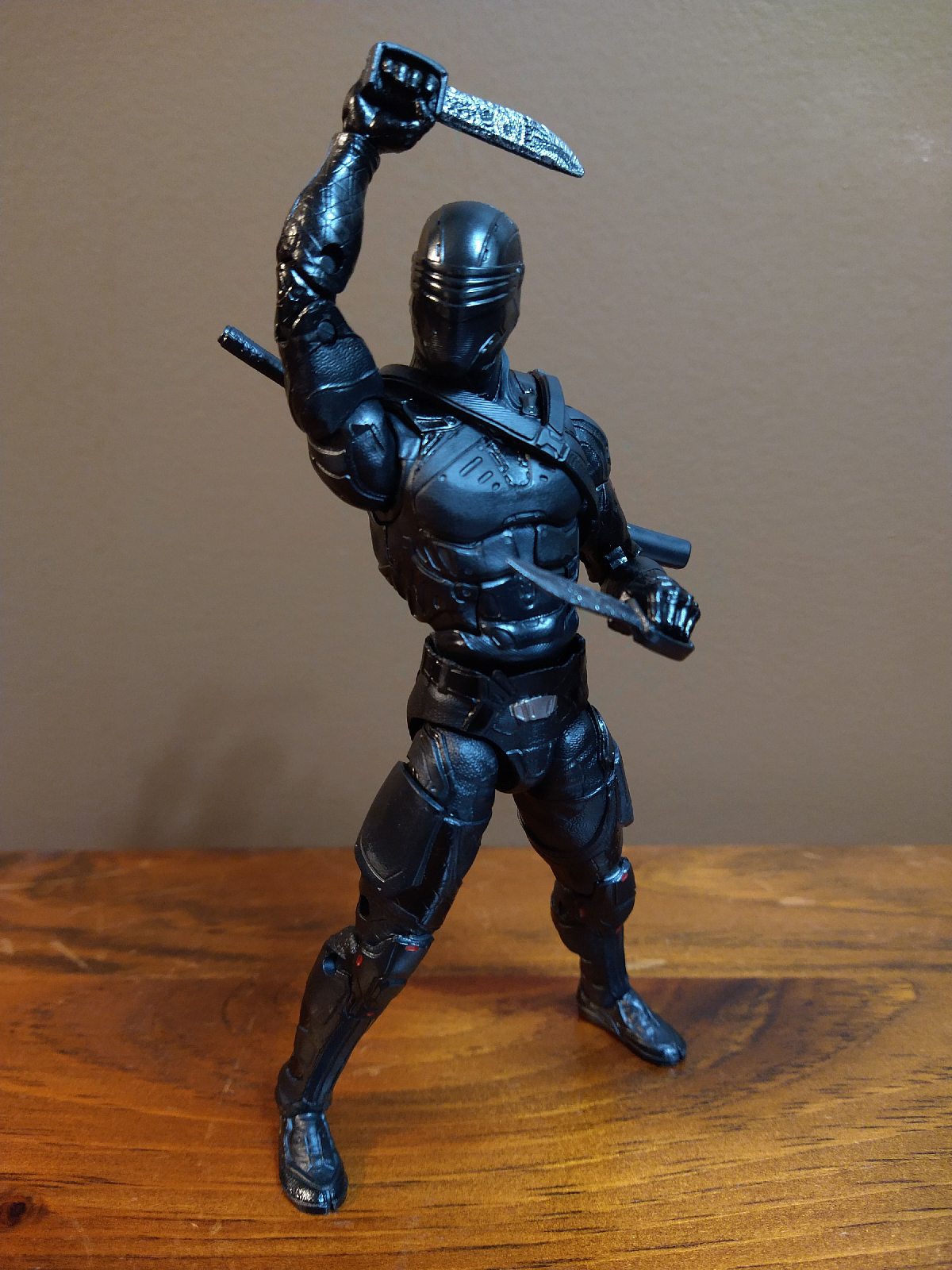 This has to be my favorite Snake Eyes sheath. The black with gold accents look great. 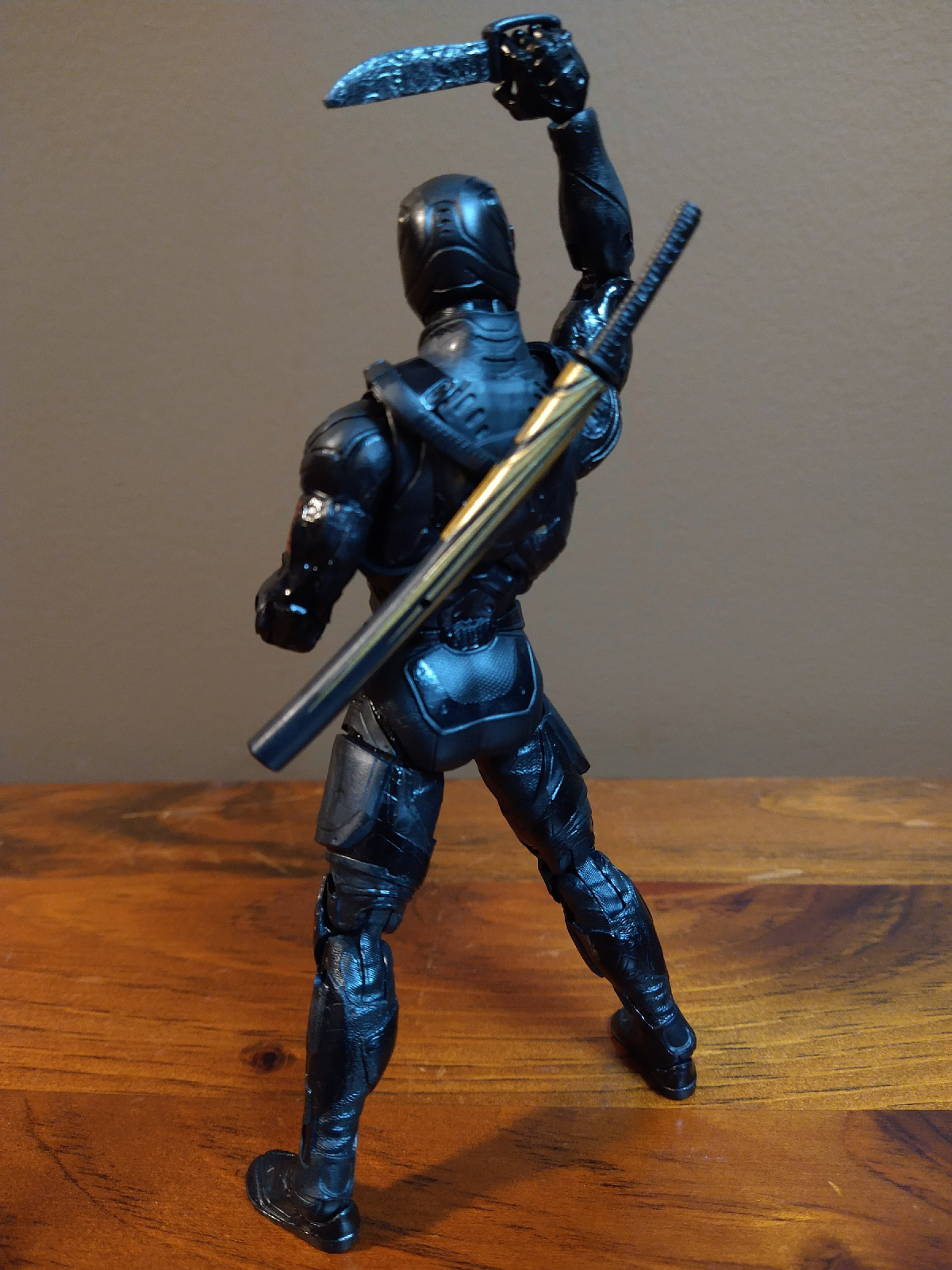 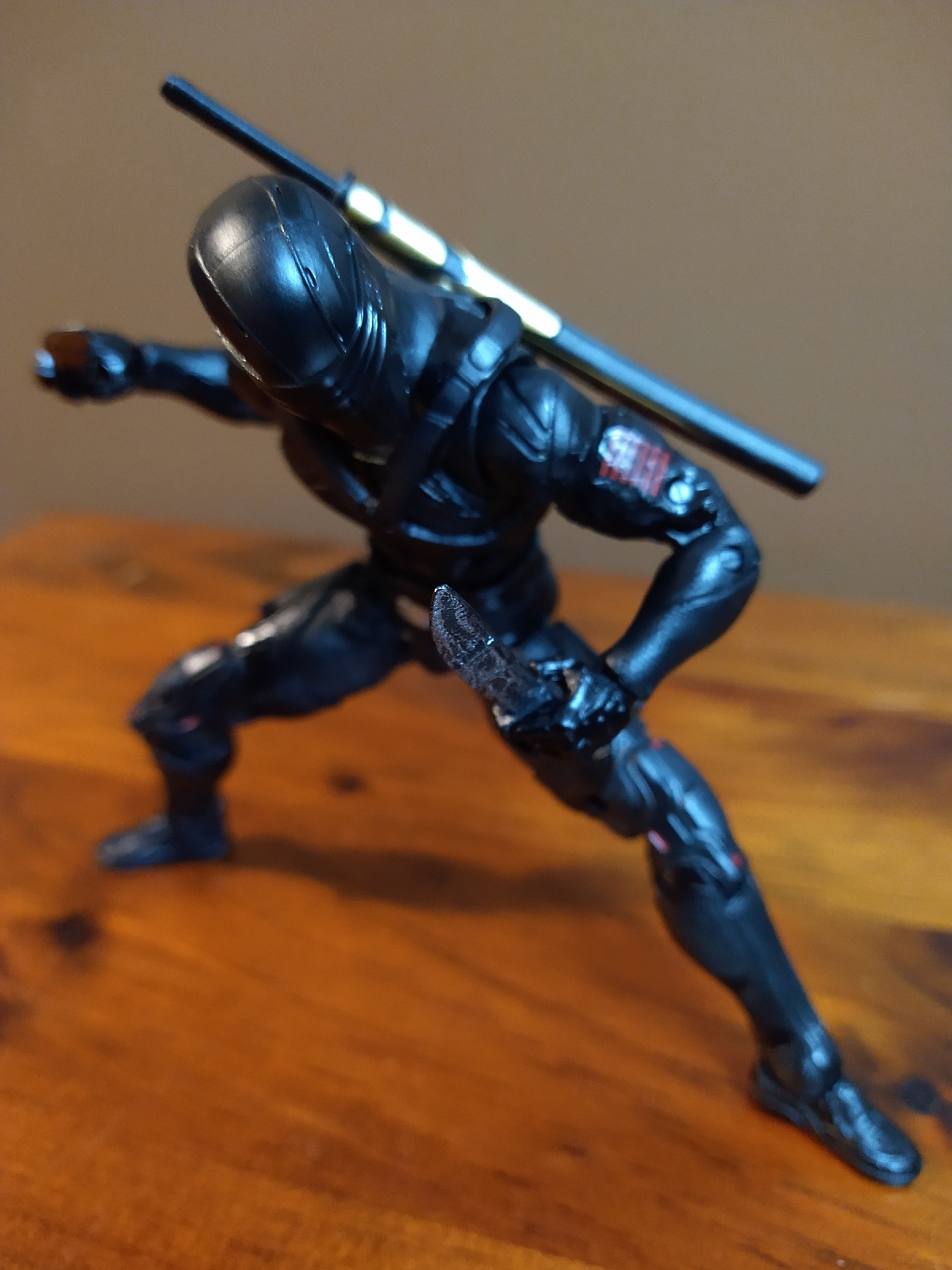 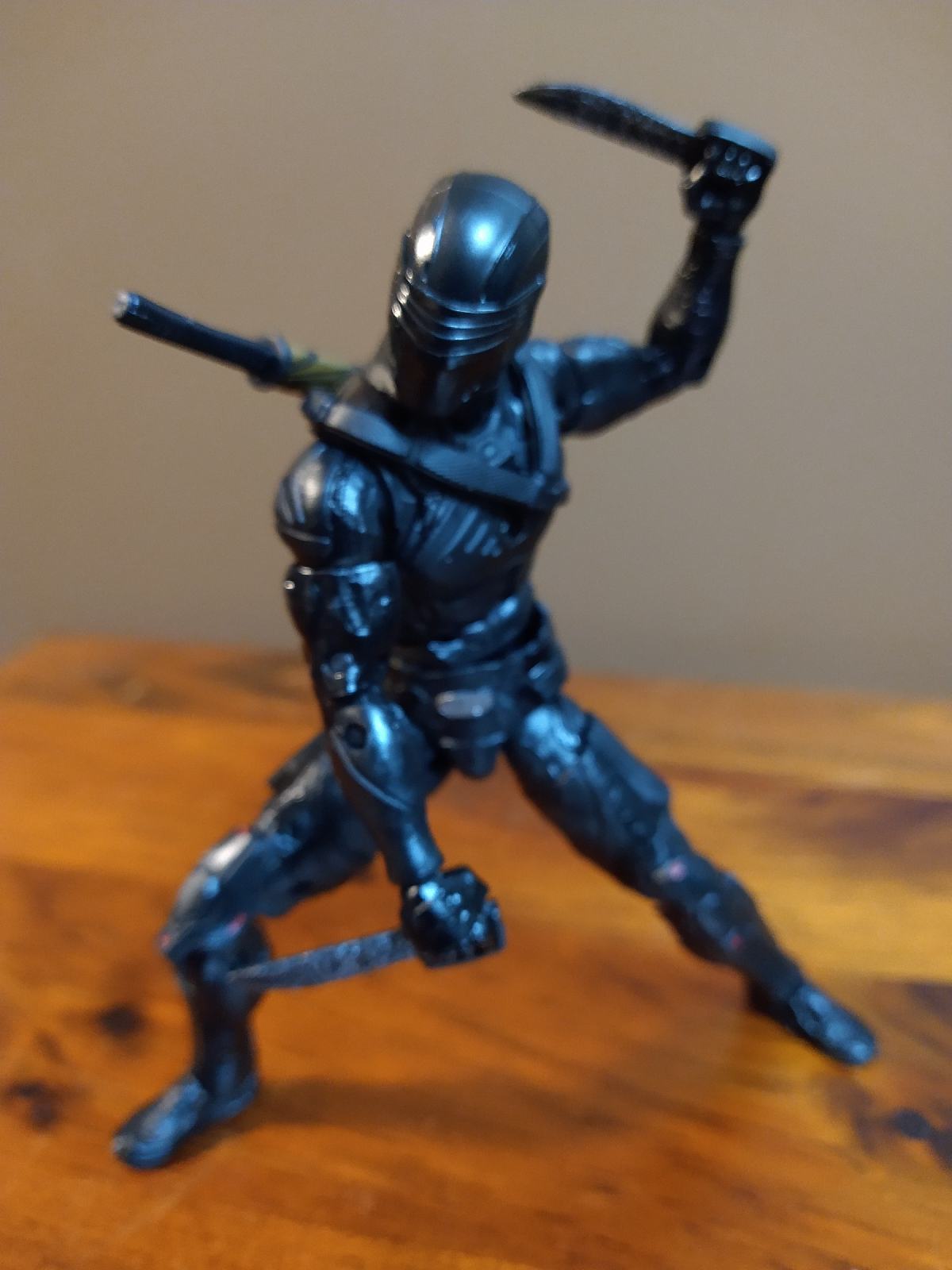 The Henry Golding head sculpt is pretty cool. They managed to capture Golding's appearance nicely and it looks good equipped. 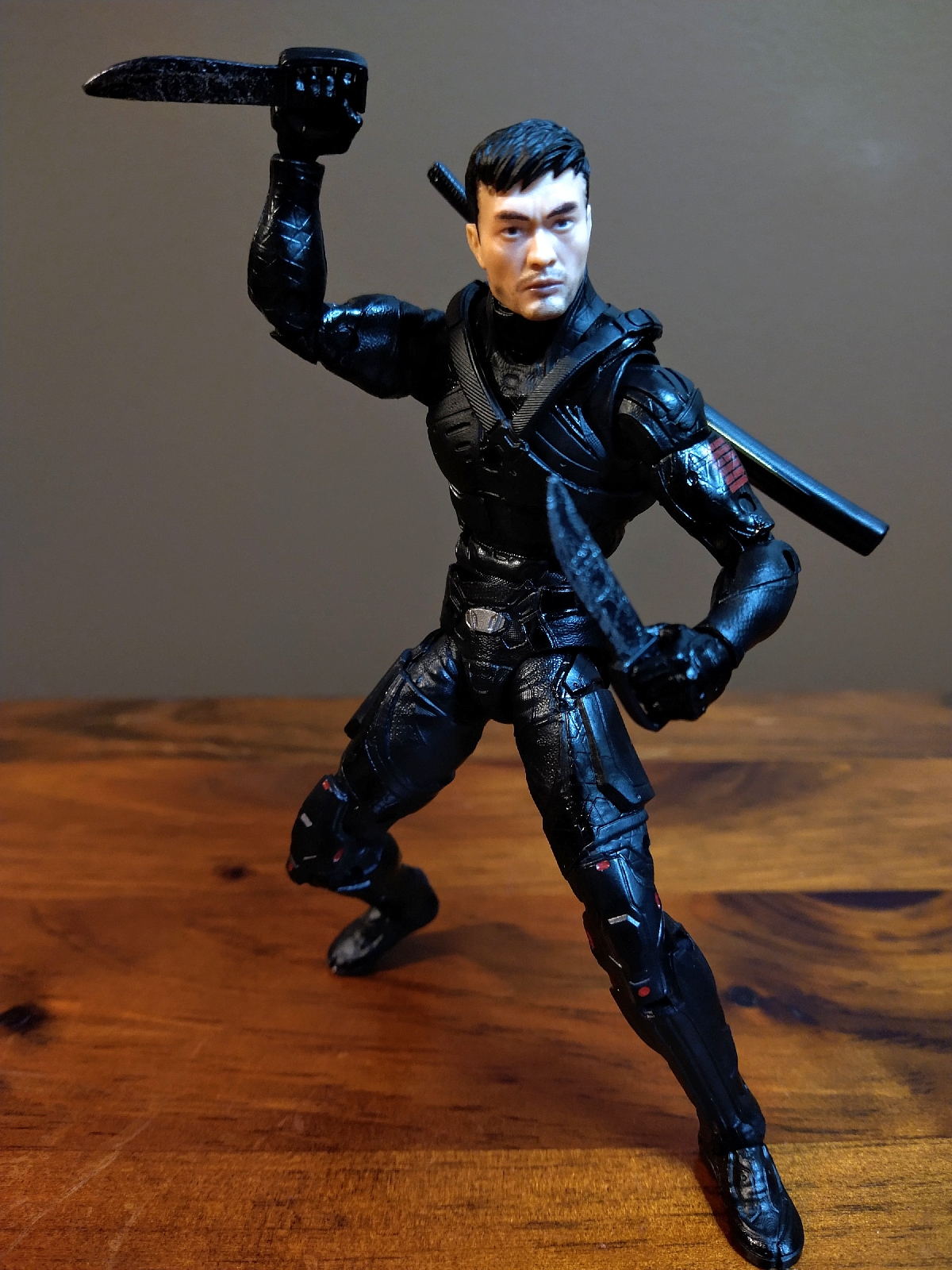 I  like the inlay with the large Arashikage symbol. It's got lots of potential if your looking to incorporate it into a dio or just use it as a neat background for picture purposes. 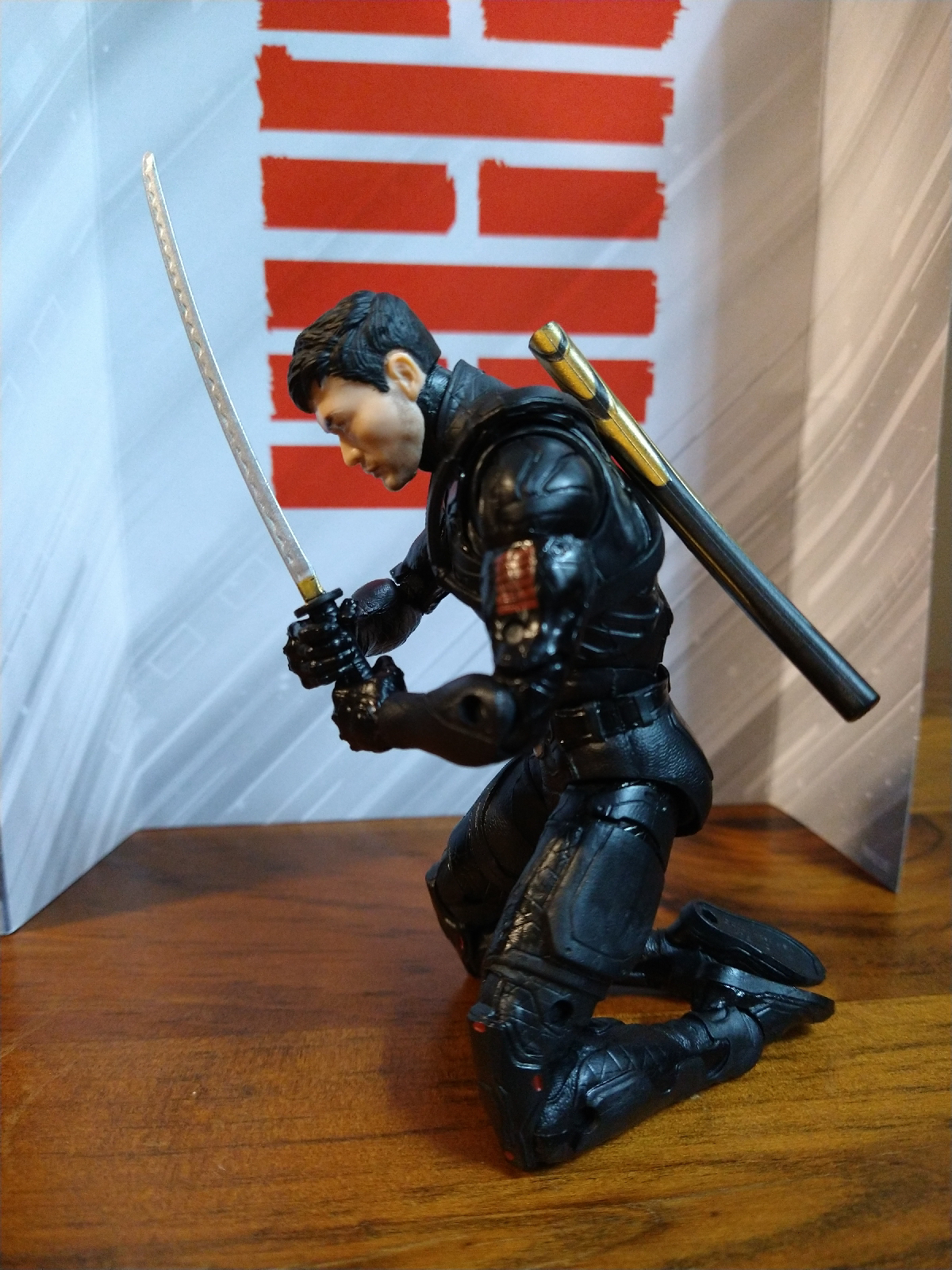 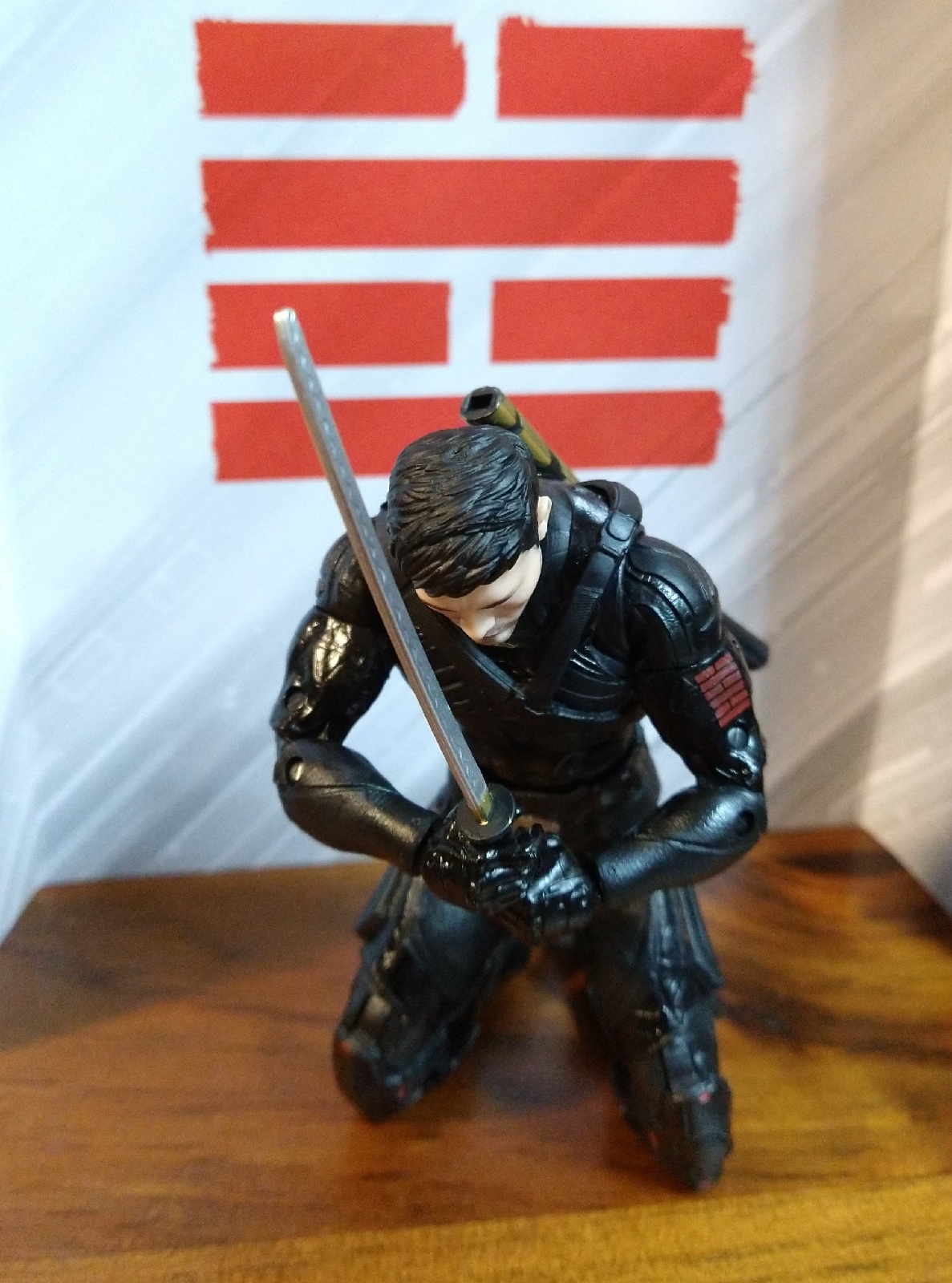 This has catapulted up to the  top of my favorite Snake Eyes action figures list. Even though it's not really the Snake Eyes I knew about and grew up with, it's still cool to have an unmasked version of him. 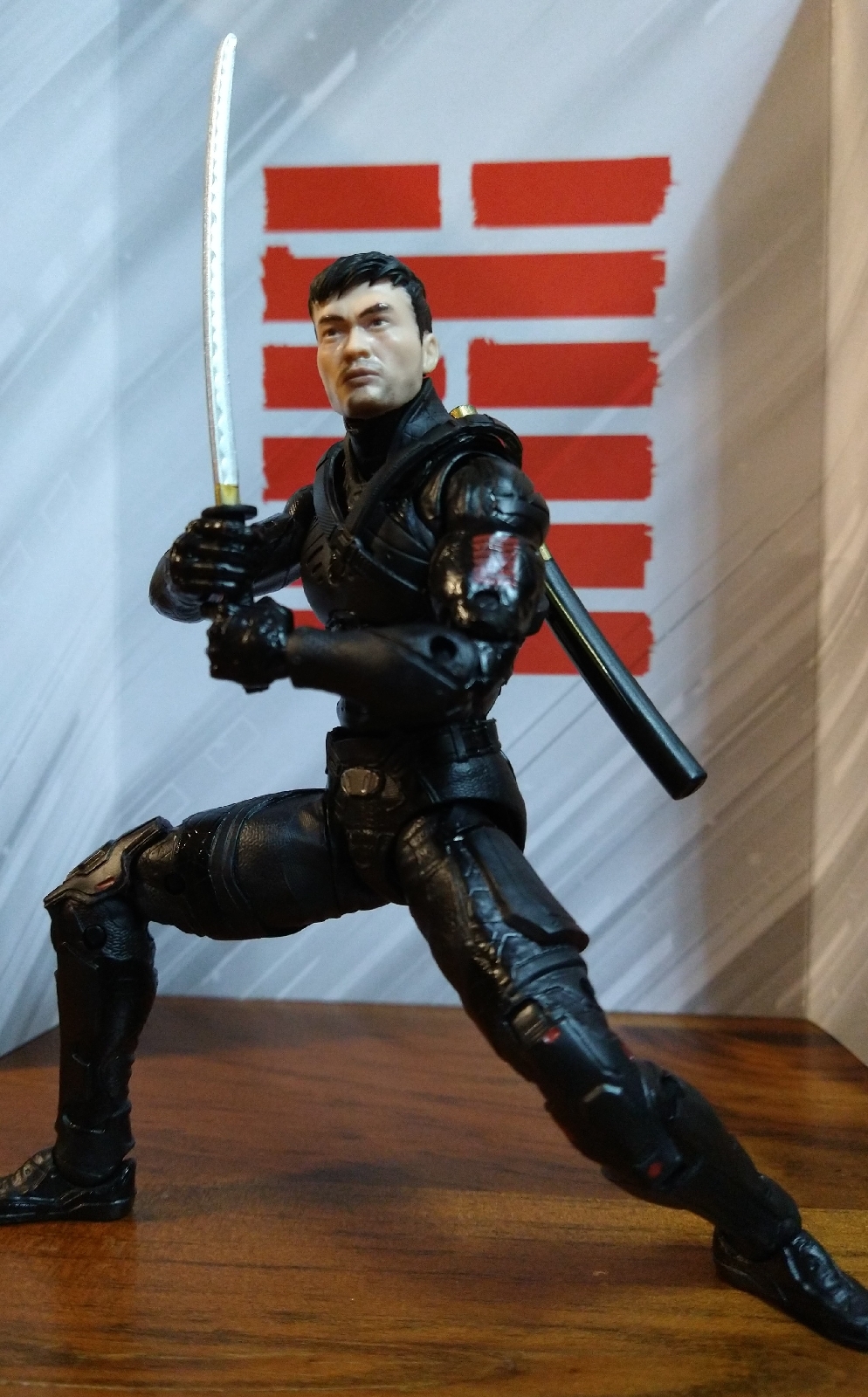 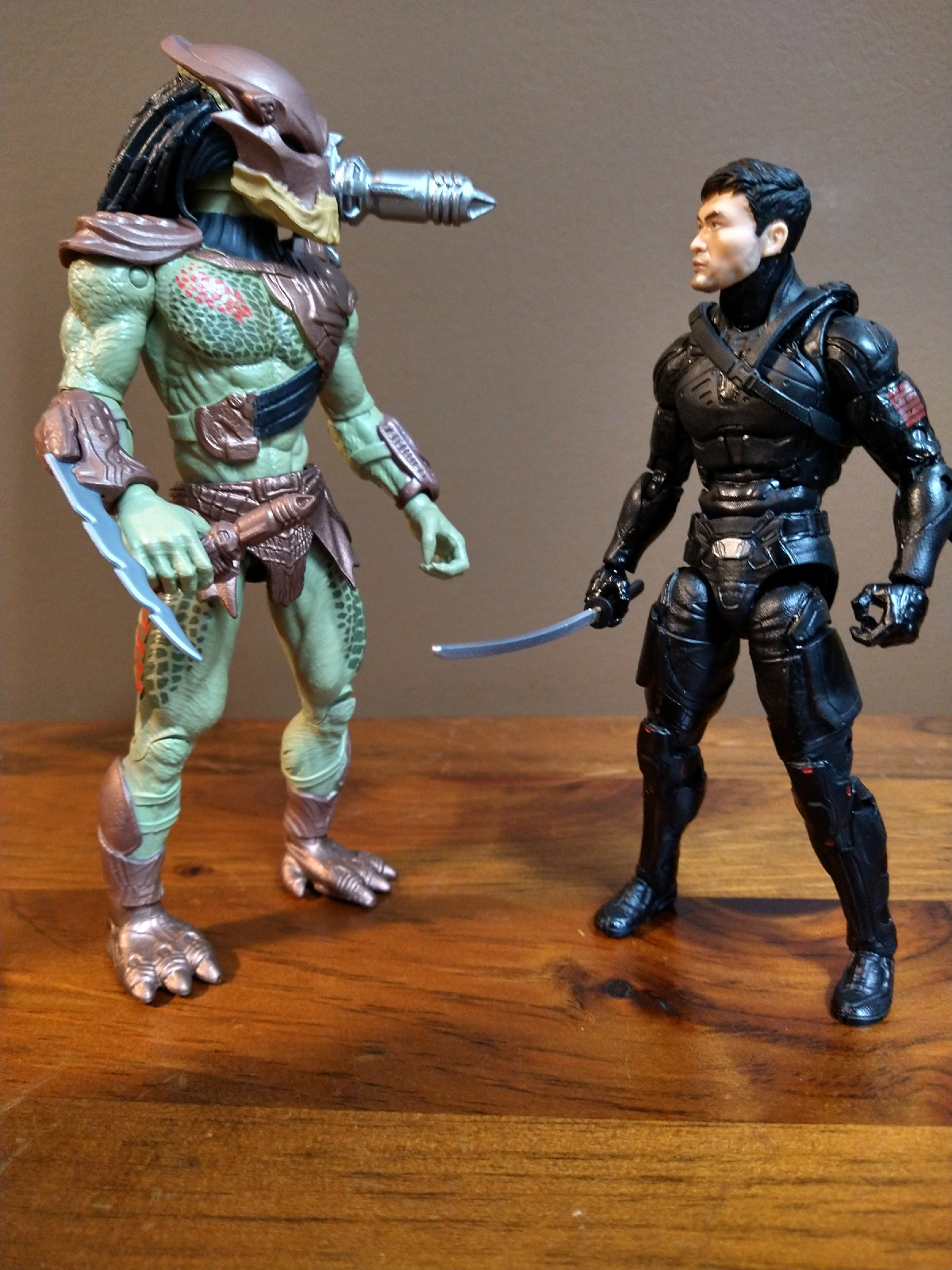 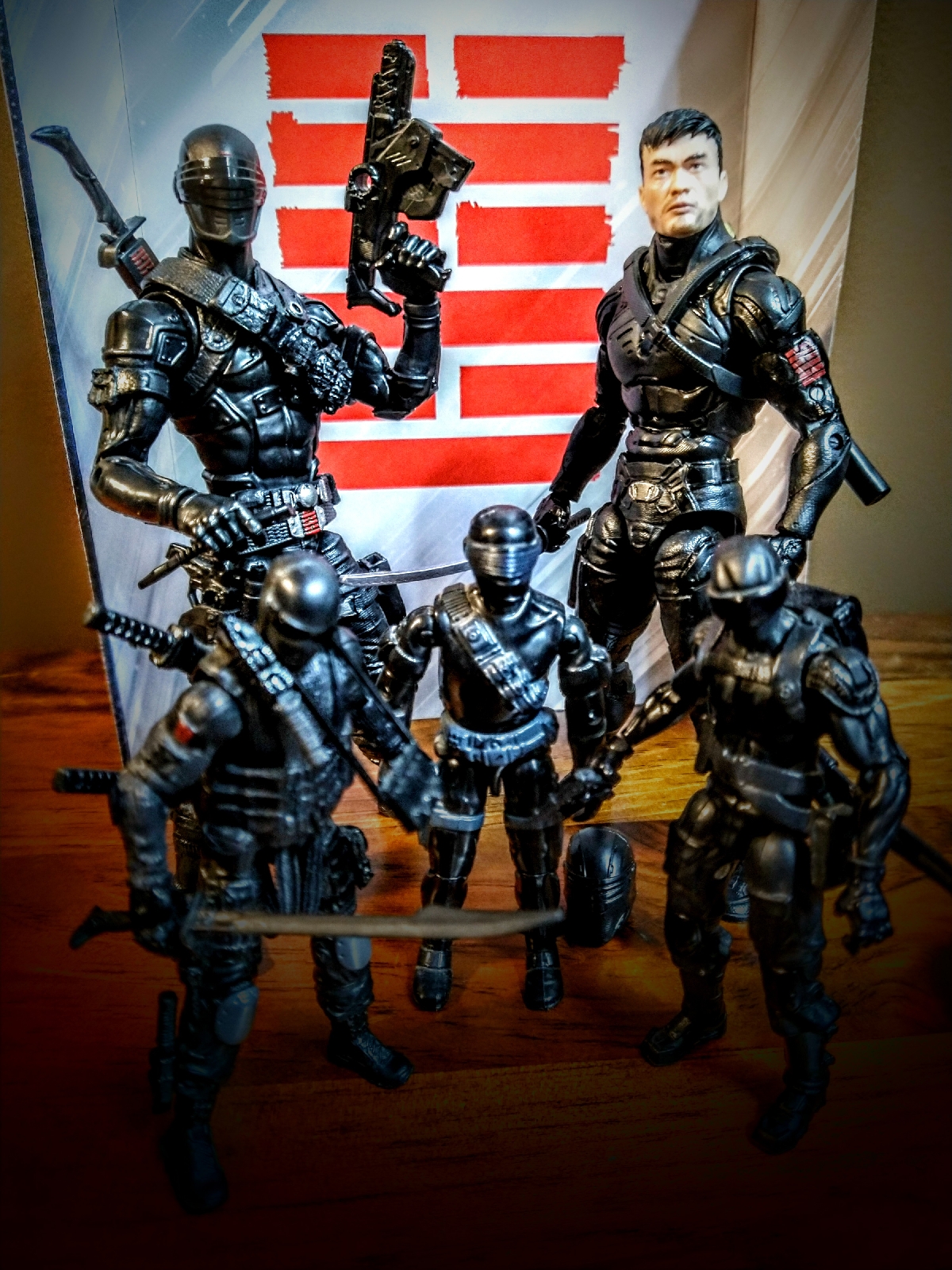