So much for the different colored backgrounds and light box experiment.I'm going back to pics on the shelf.The box was really beginning to be a pain in the ass.I didn't have any place to store It and backgrounds were beginning to scatter.Just one big fail :( Oh well.To the figure... 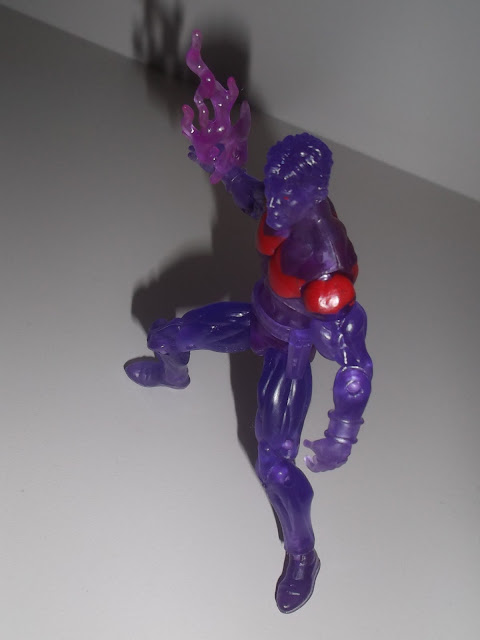 Everyone has pretty much been a part of the Avengers at one point or another. Wonder Man Is a character who was a regular  In the 80's Avengers comics I used to own as a kid. He was a bit of a vein ,aspiring actor type,but was also pretty damn powerful when It came to throwing down .I always liked him because of that.This wasn't the version of  Simon Williams I wanted,but seeing as how the original MU Wonder Man Is going for big bucks on eBay,I'll have to settle for this one. It's not a horrible figure at all.You can call this his "ionic energy" variant but to me It's just a pissed off version of Wonder Man.It's always better  to avoid crossing  paths with somebody when they're pissed off .A translucent,purplish hue with red glowing eyes Is always a good indicator. 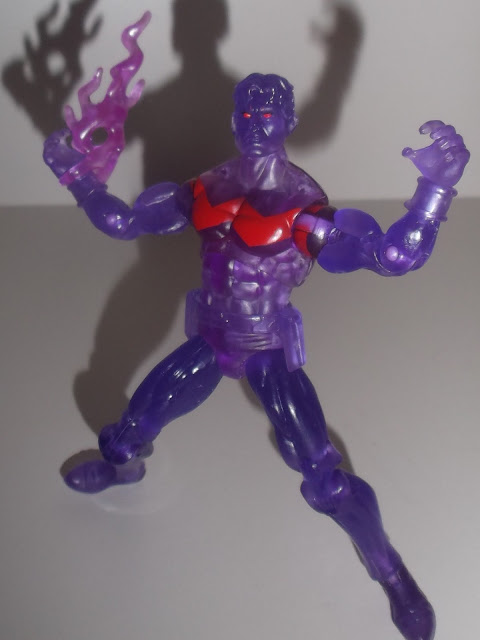 As you can see here,the translucent plastic looks pretty dope. 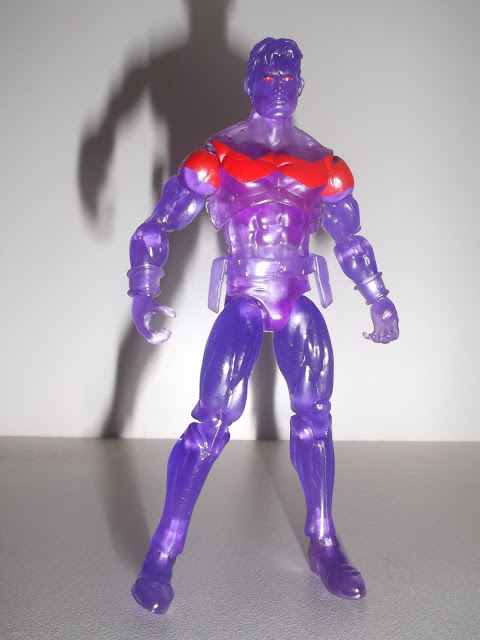 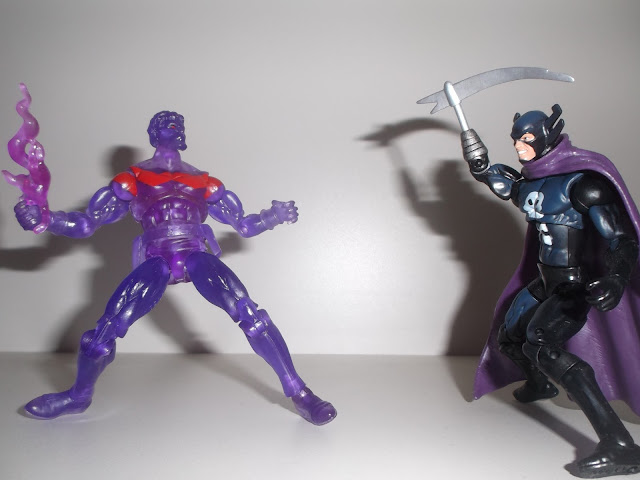 With all the different heroes that have joined the ranks of the Avengers over the years,these are the ones I can identify with the most.Actually,you can throw Vision,Hercules and Black Knight into that list as well.All figures that I have to track down at one point or another. 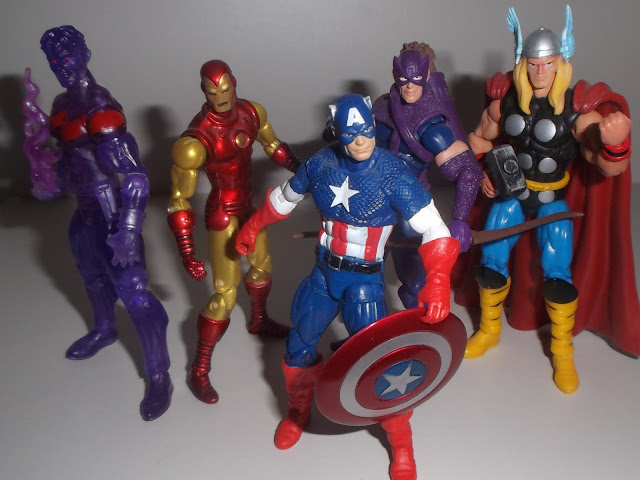