Another discounted Hasbro Toy Shop pick up,Beta Ray Bill has found his way onto my Marvel Universe toy shelf.I don't care If they're released under the  Infinite or Legends 3 3/4 mantra ,to me they are all Marvel Universe.I must admit to only picking this figure up due to the low,low price tag of $3.99.  I just thought,this Is too cool of a character to pass up.Beta Ray Bill may sound like the name of a used VCR salesman to you ,but he Is far from that.In fact Beta was one of the few characters In the Marvel Universe mythos to ever give Thor a good ol' run for his money.Beta Ray Bill was even able to lift Mjolnir and use It against Thor In the midst of the heated battle.Odin catches wind of the skirmish and deems Beta worthy of his own hammer,Stormbreaker!You have to check out some of his cartoon appearances ,Planet Hulk comes to mind as one of my personal favs. Truthfully,I didn't know shit about Beta Ray Bill until I decided to actually go ahead and purchase the figure.I did an extensive search on the internet and came up with everything I just laid out for you guys ;) It was well worth it,though ,because It's never too late to learn about your Marvel superheroes.Oh,and the figure really Is a thing of beauty! 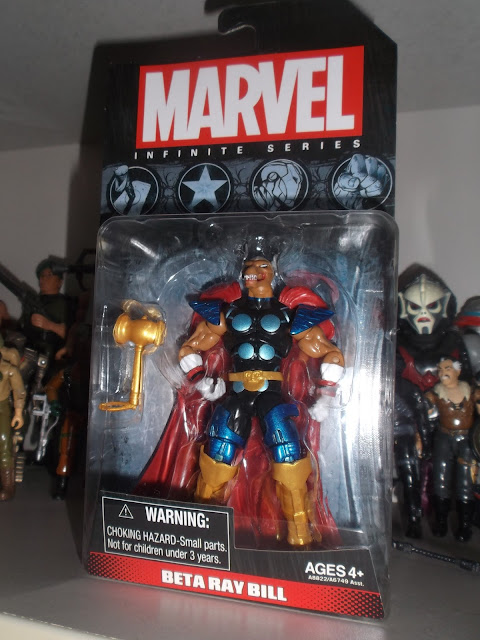 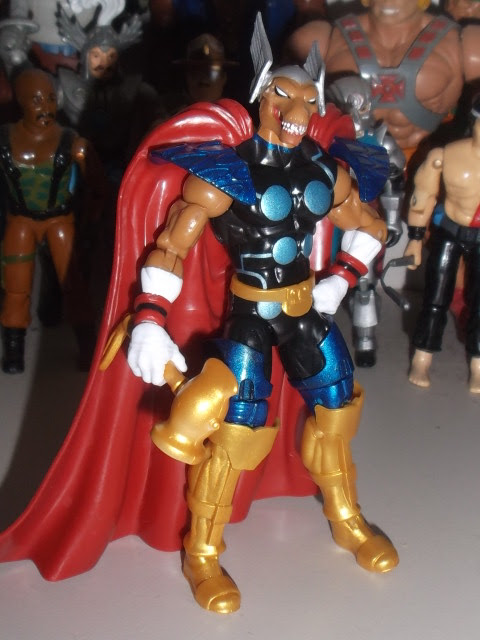 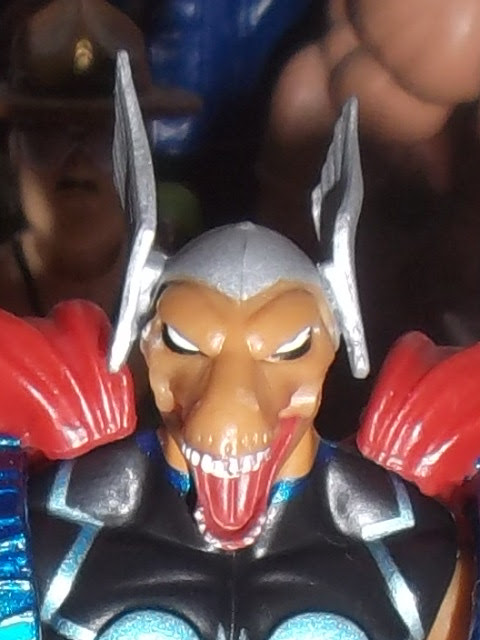 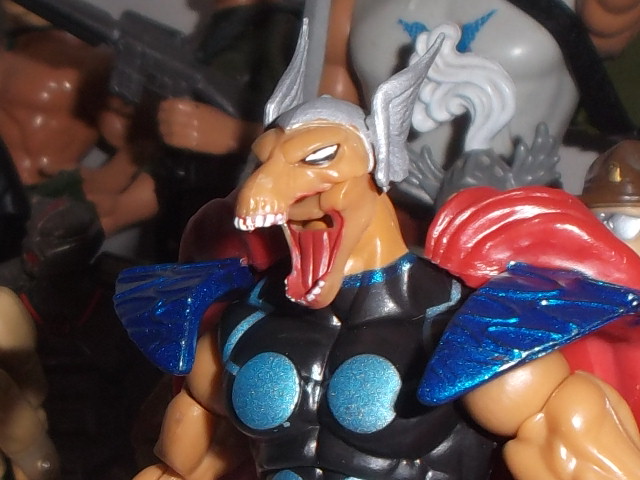 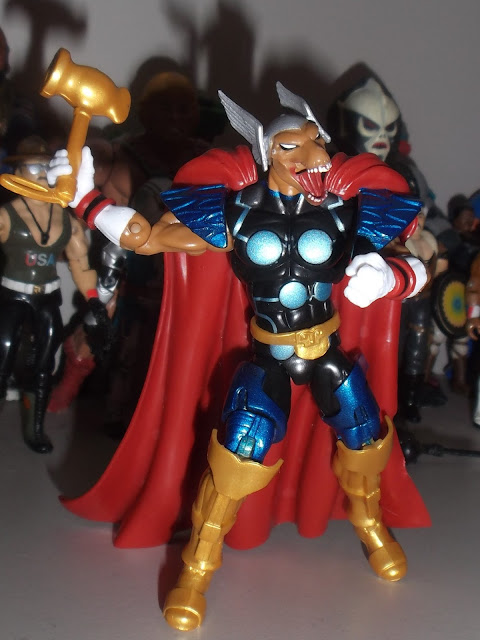 Beta Ray Is an alien being,hence the 4 fingers instead of 5.I think that's pretty damn cool!His stock photo shows him with 5 fingers so initially I got scared and thought they were going to send me a variant that wasn't comic accurate.Luckily,the stock photo is just that,a stock photo,and all Beta Ray figures are four fingered. I've gotten lucky with Hasbro Toy Shops figures as all of them have been flawlessly painted sans any defects or paint slops. 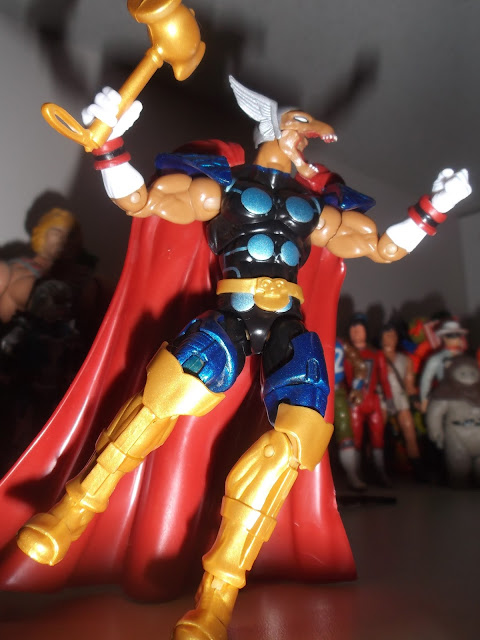 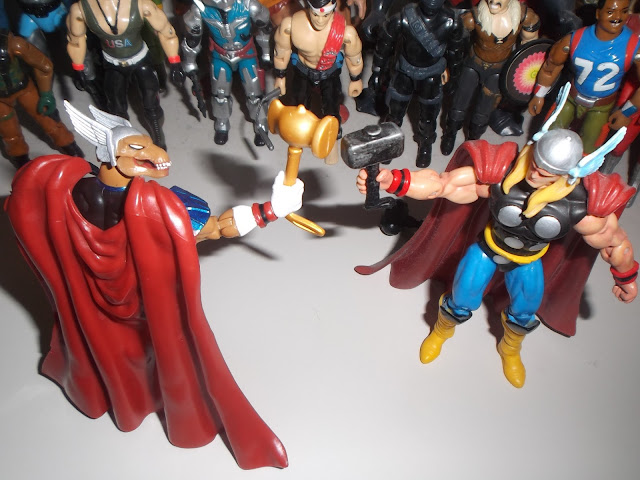 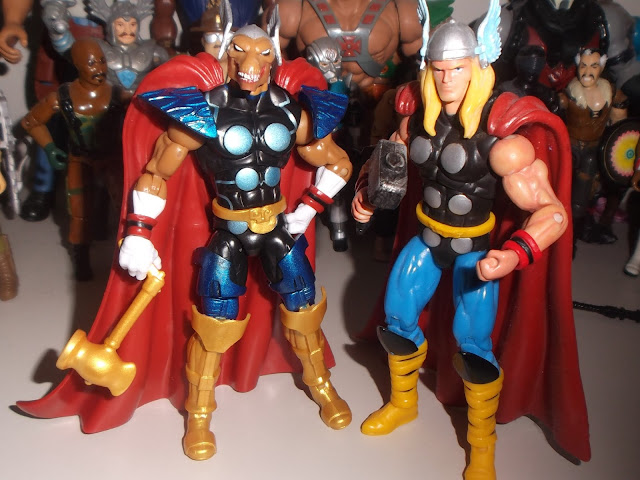 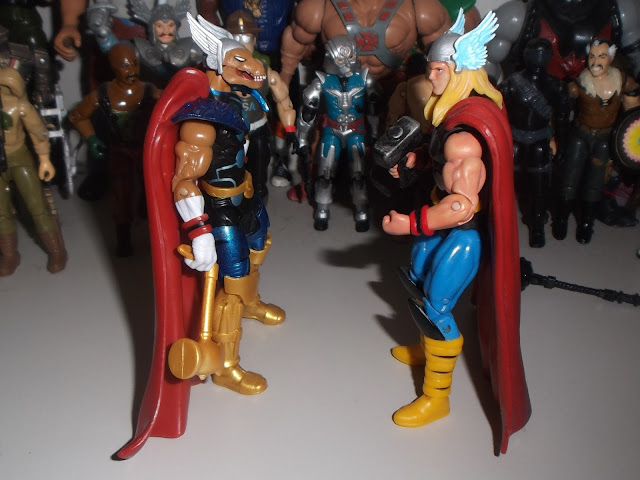