So how did my first ever Marvel Legends figure photo shoot go? O.K., I guess. I love the figure, don't get me wrong. I'm just still very partial to the  3.75 figure scale.  Aesthetics aside, because everybody knows Legends figures all look pretty damn great. It's the functionality of the figure that was disappointing. It was pretty difficult getting his hand open to insert the handle of the rocket launcher. When I finally got It In there the wrist joint was kind of loose so his hand would fall over while holding the weapon. That could be due to the heaviness of the weapon but a tighter wrist joint could have made this a moot point. Luckily the launcher falls nicely on top of his shoulder for added stability. My only other gripe Is the lack of weapons included. Leave It up to a vintage line to pick up the slack as my 80's Rambo figures all had more than enough  weapons to properly arm Frank Castle. 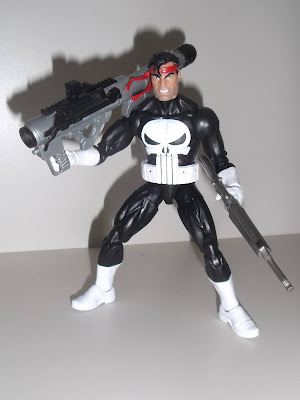 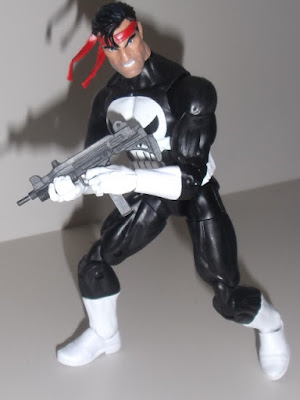 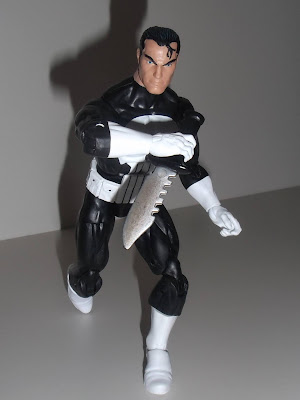 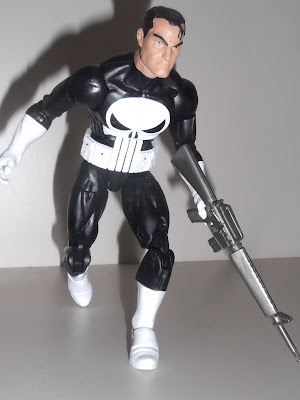 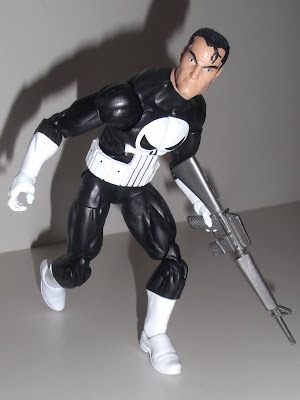 I can't lie ,the figure looks amazing. Not enough to turn me into an exclusive 6" collector, but enough that I may go after a couple other personal favorites In the scale. And not just Legends, either. I've been wanting to add another 6" Batman figure to my collection ever since my Dark Knight figure snapped in half a few months back. So If I do decide to go after any other 6" figures, It won't be exclusively  Legends stuff.
Posted by Big Tone at 7:41 AM 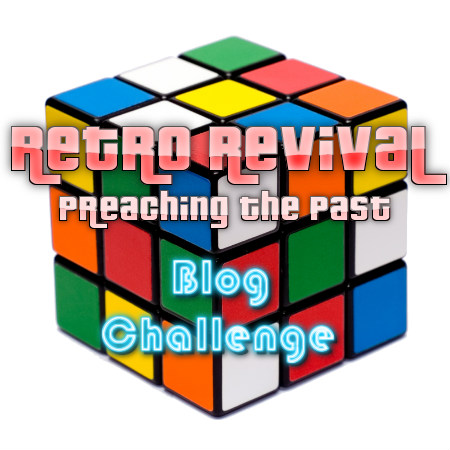 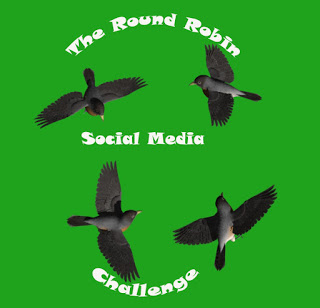 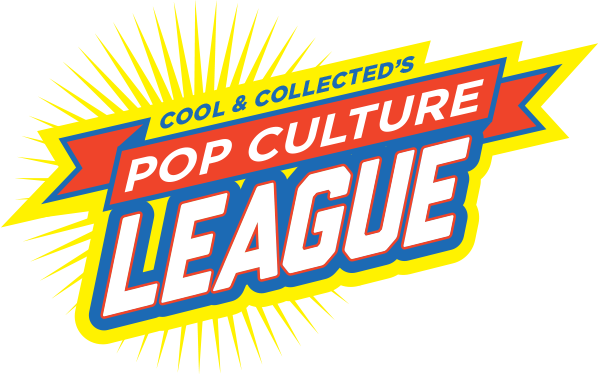 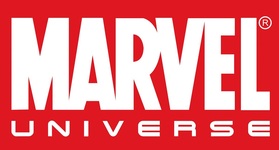 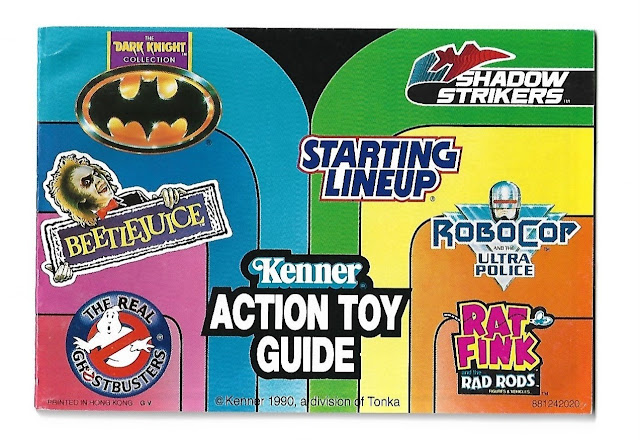